A new book by royal biographer Robert Lacey writes that Prince Harry was ‘typecast as the 'Bad Boy of Buckingham Palace’. In The Battle of Brothers: The Inside Story of a Family in Tumult, Robert Lacey reveals that Prince William encouraged Harry to wear the Nazi costume for which he was widely criticised in 2005. 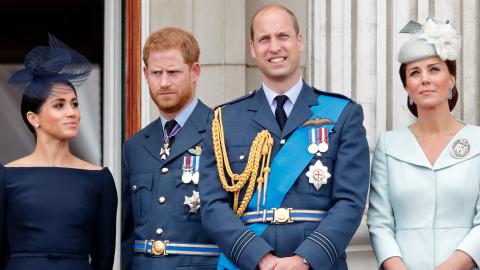 A new book about the friendship and feuds between Prince William and Prince Harry has suggested that the younger prince was ‘set up’ by the Palace as the ‘bad boy’ in opposition to well-behaved William. Biographer Robert Lacey highlights the 2005 incident in which Harry was pictured in The Sun dressed up as a Nazi officer at a fancy dress party.

Although Harry alone was criticised for the outfit and issued a public apology for his ‘poor choice of costume,’ Lacey writes that:

Harry chose his costume in conjunction with his elder brother, who laughed all the way back to Highgrove with the younger sibling he was supposed to be mentoring.

Harry was 20 years old at the time and definitely should’ve known better, but it does seem a little unfair that William–who also attended the eyebrow-raising ‘native and colonial’ themed party dressed as a leopard—didn’t share any of the blame for the tasteless outfit that he apparently encouraged his brother to wear.

The book also cites Prince Charles sending Harry on a visit to a drug rehabilitation centre in 2002 as evidence of the young Prince being ‘typecast’ as a ‘bad boy.’ Harry, who was 17 at the time, had admitted to smoking weed and drinking whilst underage. A statement from the Palace said that Charles thought it would be ‘educational and shocking for [Harry] to attend.’

Robert Lacey is a British historian and writer who has previously published several books about the royals–including A Brief Life of the Queen in 2012 and Royal (Monarch in America) for the Queen’s Golden Jubilee in 2002. He also works as the historical consultant for popular Netflix series The Crown–the fourth season of which is due to be released in November. 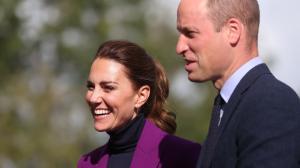