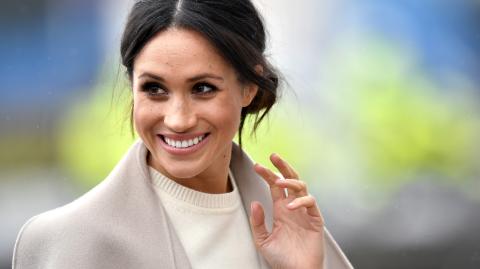 Long before becoming a member of the British Royal Family, Meghan Markle was in a relationship with film producer Trevor Engelson. And she made him sign a strange contract in case she got pregnant...

Long before starting her family with Prince Harry, Megan Markle had already thought about pregnancy.

The former Suits actress had indeed had relationships with other men before becoming part of the Royal Family. She was married to American film producer Trevor Engelson who directed All About Steve with Sandra Bullock and Bradley Cooper between 2011 and 2013. And, in the event of a pregnancy, she had made him sign a 'pregnancy contract'. According to the Daily Mail, she had agreed with her husband that he would pay for a sports trainer and a nutritionist for her, and a nanny for the baby if she became pregnant with his child.

'Very concerned about her image'

According to the Daily Mail, it was an informal agreement between the spouses, perhaps in the form of a letter, which was intended to allow the actress to very quickly resume her role in Suits after the birth.

Every time she put on a little weight, it showed on her face, so she wanted to make sure she would be ready quickly for her return to the cameras.

Hollywood is no stranger to pregnancy contracts

Trevor Engelson accepted the terms of the contract for the simple reason that he 'knew he had married someone very concerned about her image, and sometimes very concerned by her body,' said a close friend of the couple. Especially since pregnancy contracts are far from rare in Los Angeles.

This precaution was, in the end, useless, since the couple never had children together. Today, the Duchess of Sussex no longer has to worry about her role in Suits after her pregnancy.