Martin Bashir, disgraced BBC journalist, defends his position against the independent inquiry disclosure of the infamous 1995 interview with Princess Diana. 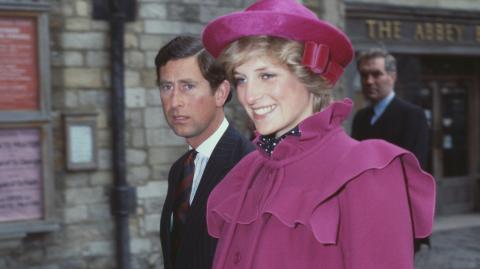 On Thursday, an independent inquiry led by Lord John Dyson revealed how Martin Bashir used deceitful ways to procure the 1995 interview with Princess Diana. He has publicly spoken to The Sunday Times to clear his stance on the event and responded to accusations in an exclusive interview.

Lord Dyson’s inquiry claimed that there was a 'serious breach' of the editorial rules and transgression that the BBC later covered up for Bashir. However, he protested in the interview that he ‘never wanted to harm’ Princess Diana and ‘I don’t believe we did” with her 1995 interview with Panorama. Adding to it, he said:

Everything we did in terms of the interview was as she wanted, from when she wanted to alert the palace, to when it was broadcast, to its contents ... My family and I loved her.

In his interview, Bashir sounded like a broken man and said he was ‘deeply sorry’ to her sons, the dukes of Cambridge and Sussex. Although, he dismissed Prince William’s claim that Bashir fuelled Princess Diana’s paranoia. He claimed that Princess Diana was never unhappy with the interview and both of them remained friends even after the interview aired. She even visited his wife at St. George’s Hospital in Tooting, south London - when they had their third child. In an attempt to defend himself, he also said:

Even in the early 1990s, there were stories and secretly recorded phone calls. I wasn’t the source of any of that.

Bashir had an excuse or counterpoint for every detail of the event, when he was shown her brother Earl Spencer’s forged bank statement, he upheld his stand and said:

The aftermath of the interview

Earl Spencer said that he ‘draws a line ' between the interview and his sister’s death and claimed that Bashir‘s action led Princess Diana to give up her royal security detail. Both Prince Harry and William also believe that his interview was responsible for her untimely death. To fortify this, he told The Sunday Times:

I don’t feel I can be held responsible for many of the other things that were going on in her life, and the complex issues surrounding those decisions.

I can understand the motivation [of Earl Spencer’s comments] but to channel the tragedy, the difficult relationship between the royal family and the media purely on to my shoulders feels a little unreasonable … The suggestion I am singularly responsible I think is unreasonable and unfair.

Further, Bashir is concerned that the scandal would overshadow the content of the interview. He said:

I don’t understand what the purpose of this is ultimate? OK, maybe you want to destroy me, but outside of this, what’s the point?

I did something wrong . . . but for pity’s sake, acknowledge something of the relationship we had and something of what she contributed through that interview.

Amidst all this, reportedly Earl Spencer has written to Metropolitan Police Commissioner Dame Cressida Dick asking her to investigate the BBC further and, Scotland Yard has already announced that they will assess Dyson’s inquiry once again to determine if it contains any ‘significant new evidence.’ 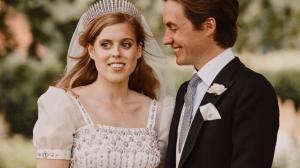 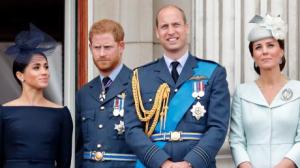 People, royal family
Six Rules Of Etiquette The Royal Family Have To Abide By - And You Never Noticed
Read more