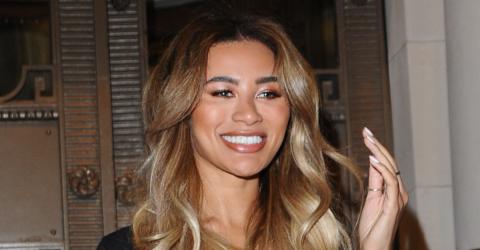 Montana Brown was one of the biggest stars to come out of Love Island 2017. She may not have found lasting love on the show but she did launch a successful celeb career. However, she's now revealed there's one thing that she seriously regrets.

Appearing alongside the likes of Kem Cetinay, Amber Davies, Chris Hughes and the late Mike Thalassitis on Love Island 2017, Montana Brown stayed in the villa a grand total of 50 days, finally leaving in 5th place alongside beau Alex Beattie.

Montana and Alex obviously weren't meant to be long-term though, announcing their split in August shortly after leaving the villa. Montana has since found love with model Elliott Reeder, been signed by Select Model Management - who also rep Irina Shayk and David Gandy - and launched her own swimwear brand Swim Society.

However, whilst Love Island has undoubtedly changed Montana's life for the better, there's one thing about her stint on the show that Montana says she seriously regrets - and she's issuing a warning to 2019's new contestants not to make the same mistake that she did...

Check out the video above to see what Montana had to say...