Emily Overton was watching television with her boyfriend. When she wanted to get up from the couch she realised that she could no longer move her legs. Read on to find out more!

Emily Overton is only 28 years old but, over the space of just a few hours, her life was completely changed. As she was lying on the couch with her boyfriend watching television, Emily noticed that she could no longer feel her legs.

When she tried to get up, they did not react and remained inactive. This unexpected situation understandably upset the young woman.

Emily Overton and her boyfriend are big fans of WWE, an American channel specialising in organising entertainment events, mainly wrestling.

When the show began to be broadcast on the television, the couple stayed awake late especially to watch. It was at 3:30 in the morning that Emily finally decided to get up and go to bed... However, she was not able to get up.

‘My boyfriend helped me stay calm’

Emily told The Sun: ‘Fortunately, my boyfriend helped me stay calm and told me that everything would be fine because he had asked for medical help.’ After consulting with the doctors, the young woman did not expect the diagnosis she received - as doctors revealed she had spinal arteriovenous malformations (spinal AVM).

'I didn’t understand what AVM was when leaving Hull – it was described to me but in medical terms. It wasn’t until I got to Pinderfields when a consultant described it as the Robin Hood syndrome that I started to understand it. He said I have extra, abnormal arteries and veins that steal blood to give to other areas in my body.'

Fortunately, Emily Overton still has hope. The doctors reassured her by telling her that she should still be able to have children if she chooses to later on in life. She is also taking things in her stride and is hoping to compete in the 2024 Paralympic Games in the shooting event! 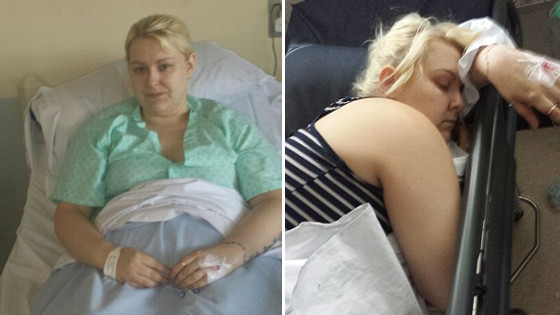 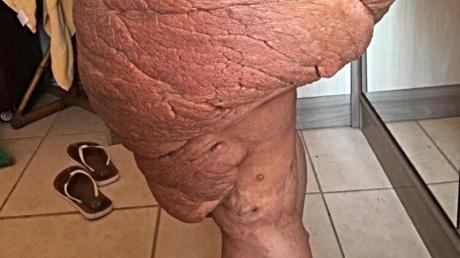 This Woman's Leg Won't Stop Growing And It's Ruining Her Life