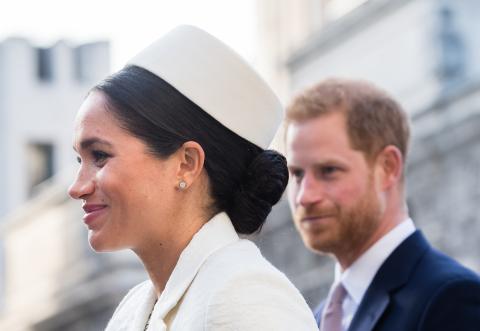 Meghan Markle and Harry, already wildly unpopular in England, are now taking another hit as Americans are starting to let them down too.

Three months after their explosive confessions to Oprah Winfrey, Meghan Markle and Harry continue to divide opinions. Even in the United States, the Sussexes' attitude seems to be more displeasing than ever, according to a poll.

A bombshell interview that backfired

The British are not the only ones to resent them. Unloved within our shores since their dramatic departure from the monarchy, Meghan and Harry may also be worried about their popularity across the pond, where they now reside. The reason: a poll by YouGov US and The Economist of 1,400 Americans shows that the American public didn't really appreciate the brash claimsthey made in front of the Queen of Confessions Oprah Winfrey.

The same infamy in the UK

This downward trend can also be observed among the British people: Harry, the former darling prince, continues to fall with 43% of favourable opinions, in 7th place behind Prince Edward (54%) and his father Prince Charles (58%). In this new study devoted to the Windsors, the Duchess of Sussex is second to last (29%), just ahead of Prince Andrew, who is involved in the Epstein affair (10%). The United States is no longer there to comfort her.