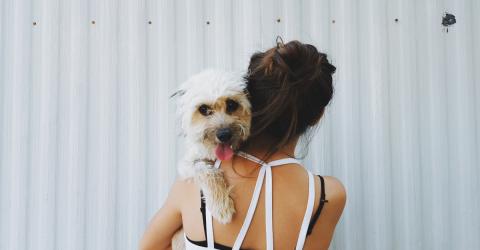 Thanks to their amazing sense of smell, dogs could play an important role in cancer detection.

Breast cancer, a terrible ordeal that far too many women face

Cancers are the second leading cause of death among women after cardiovascular disease. Breast cancer is one of the most prevalent, with more than 50,000 people diagnosed every year.

Although gynaecological exams and doctor's visits remain the most common ways to detect this type of cancer, new solutions are available to women. Indeed, scientists say that dogs' sense of smell could allow them to detect breast cancer.

Dogs can smell the disease

Thanks to specialized certification classes, more and more dogs are able to detect the smell of cancer. The dogs are presented several jars that contain sweat-soaked compresses. Some of the sweat samples were taken from people who had a positive mammogram in the last 6 months.

On RTL, a breeder discussed what his labrador Nougaro's training was like:

Within a few seconds, Nougaro detected the one positive sample out of the 4 that were presented to him. He's very quick. He goes from one jar to another, pokes his nose inside. If there's nothing, he moves on to the next. If he lingers on a jar and sits, we have confirmation that he's [detected cancer]. For ever right answer, the dog is rewarded with a treat or a ball. Nougaro has managed to detect what we can call "the smell of cancer," a smell the human nose can't detect.

This suggest that tumors have volatile compounds that humans can't detect. Dogs, on the other hand, may be able to detect it thanks to their very developed sense of smell.