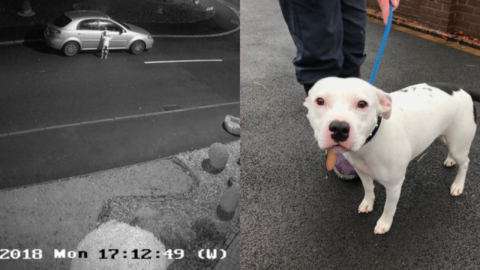 A heartbreaking video has been released showing a dog being left abandoned by his owner on the roadside just a few days before Christmas...

Just last week, the RSPCA shared distressing CCTV footage of an owner abandoning his pet Staffordshire bull terrier on the roadside before driving off in Stoke-on-Trent, Central England.

The clip shows the owner throwing out a dog bed across the road before sprinting back inside the vehicle whilst the white-spotted dog seemed distracted. It didn't take long for the pooch to start to panic as he sprints back to the car, perching up on his back legs as he desperately pleads his owner to let him in.

Thankfully, the story doesn't end there, as an hour later, a passerby came across the abandoned Staffie and contacted the RSPCA, informing them of what they found. The RSPCA immediately launched an investigation in the hopes of finding the person responsible for leaving their pet behind.

Since being found, the two-year-old Staffie has been nicknamed Snoop by the RSPCA team and is currently in care. Described as "such a friendly, lovely boy". Snoop is luckily in good health, whilst the RSPCA are continuing with their investigation. The dog is believed to have had two previous owners, according to the information found via his microchip, however, it is confirmed that they are unlikely to have been responsible for leaving the Staffie on the roadside.

Appealing to the public regarding any information that can be gathered about the abandoned dog, RSPCA inspector Natalie Perehovsky explains:

He’s currently being cared for at a private boarding kennels where he will get all the care he needs whilst I investigate further. Anyone who recognises the vehicle, the dog or the men in the footage can contact me in complete confidence. It’s beggars belief that someone could abandon a dog like this at Christmas, but we are so thankful to the kind people who found Snoop sitting sadly in his bed, for taking him to the safety of a vets straight away. It’s A Scientific Fact, Dogs Have A Technique For Breaking Our Hearts 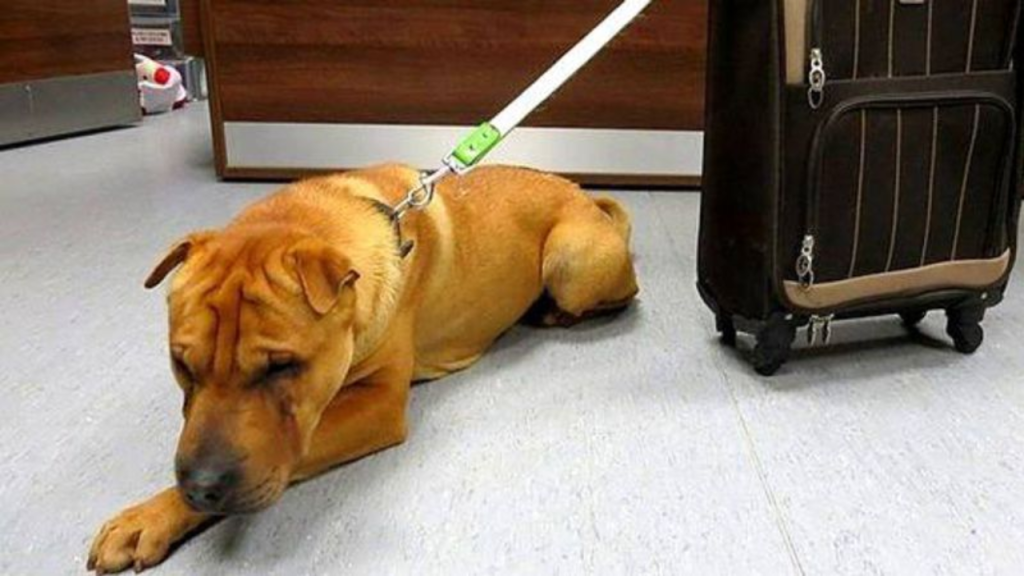