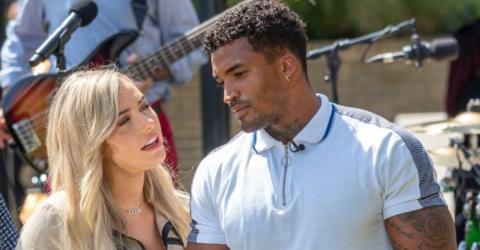 Recent reports declare that Ellie Brown (2018 Love Islander) and Michael Griffiths (2019 Love Islander) have fallen for one another on the soon-to-be-aired MTV series Ex On The Beach.

Has Michael Griffiths finally found the one? He broke many hearts while in the villa. He’s been linked to a couple of girls over a short while—Amber Gill, for example—but has he finally found happiness with Ellie Brown?

Well, we’ll get to see their lovey-dovey relationship unfold on the upcoming MTV series, Ex On The Beach. Apparently, the sparks flew during filming, and now they can’t hide their relationship!

It’s common for dating TV show stars to keep who their significant other is under wraps until after the series airs, but it seems that Ellie and Michael couldn’t help but let everyone in on their new relationship status.

In one interview, Michael talked about a girl he met on the show who helped him “open up.” He said: “She was someone else’s ex who was on the show with me. We just got on like a house on fire. This certain woman helped me open up and you’ll see as time goes on during the show that I open [up] a lot more.” It turns out that he was talking about Ellie!

A house on fire? We can’t wait to see how their relationship evolves on the show! However, both Michael and Ellie come with their fair share of drama, which we discuss in our video above.