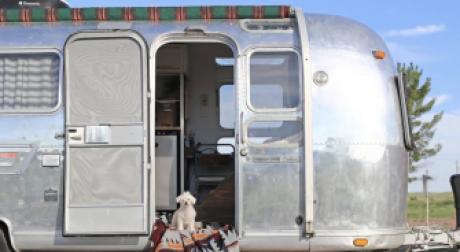 An American couple entirely redecorated their caravan so they could live full-time inside it. And the result is astounding.

For a year now, Shenna Armstrong and her husband Jason (as well as their dog Riley) have been living full-time in their Airstream caravan that they completely redecorated and refurbished. At a time when these Tiny Houses are increasingly popular for Americans, the couple wanted to get their own mobile home so they could travel however and whenever they wanted to. The couple were inspired by immaculate, pristine and vintage décor which shows in the way they redecorated the interior of their 16m2 mobile home.

As lovers of DIY, they created and fitted their own storage spaces as well as the doors to the bathroom. And when you see the photos, it almost makes you want to pack up and move into your own caravan. Would you?

Check out the video above to see inside Shenna and Jason's stunning caravan for yourself!