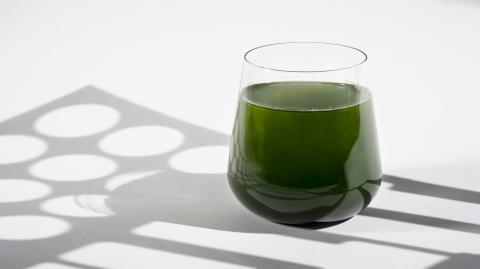 If you have TikTok, you’ve probably witnessed masses of people claiming chlorophyll did wonders to cure their acne. But does this hack actually work?

If you’ve struggled with acne, you probably tried every treatment under the sun to get rid of it. From witch hazel and toothpaste to benzoyl peroxide and retinoids, there are a thousand acne solutions out there, some arguably more effective and safe than others. Now, there’s a hot new acne-fighting ingredient on the scene: chlorophyll.

Chlorophyll has recently taken over TikTok’s skincare corner, with every video claiming that adding a few drops of this supplement to your water will miraculously make your acne disappear. But are these claims really valid, or is chlorophyll just another skincare fad?

The chlorophyll we’re talking about is the very same one that gives plants their green pigment. This chemical helps plants transform light into chemical energy and is sometimes used by humans as a supplement or medicine. Chlorophyll is said to be effective in treating acne, inflammation, wound healing, bad breath and odour. Unfortunately, there has been limited research to prove any of these benefits.

However, chlorophyll does have high concentrations of vitamins A, C, E and K, as well as antioxidant properties, all of which could potentially benefit the skin by fighting off free-radical damage and reducing the bioavailability of carcinogens. Additionally, chlorophyll has been proven to have anti-inflammatory, antibacterial properties when used topically, making it an excellent solution for those with redness and inflammation in the skin.

The big question remains - will this plant-based chemical clear your zits when nothing else will? Sadly, the answer is only a maybe.

So far,one small study has confirmed that topical chlorophyllin has worked to reduce acne. The study in question involved ten people who used a gel containing chlorophyll on their breakouts for three weeks. After the three weeks were over, results showed that the gel was effective in treating mild acne and large pores.

But, while research shows that topical chlorophyll might (emphasis on the might) be effective in treating acne, nothing in either of these studies support the benefits of ingested chlorophyll for the skin. In other words, take all TikTok advice with a grain of salt.

Should you drink chlorophyll?

When asked if people should still drink chlorophyll in an attempt to treat acne, Rachel Nazarian of Schweiger Dermatology Group told Byrdie:

The trials and research on this are still being done, but there is some evidence that supports orally taken chlorophyll in an anti-aging regimen. Chlorophyll's natural antioxidants are thought to fight free radical damage, leading to improvement in signs of skin aging, such as decreased wrinkles and repairing DNA damage.

Hadley King, MD, a New York City-based dermatologist also revealed to Refinery29, that orally taken chlorophyll may have some benefits for the skin in terms of red blood cell generation:

There's some data suggesting that oral chlorophyll may enhance production of red blood cells in the body. This could mean better delivery of oxygen and nutrients to your organs, including your skin.

So, even if we still don’t know about liquid chlorophyll’s acne-fighting behaviours, it sounds as if taking the supplement won’t do much harm.

The hidden dangers of chlorophyll supplements

Despite the lack of research, chlorophyll shows some promising benefits for the skin. But, taking too much chlorophyll can actually do more harm than good.

More often than not, chlorophyll can be obtained through a diet with a healthy dose of green, leafy vegetables such as spinach, broccoli and parsley. However, chlorophyll in a supplement form equates to 10 times the amount found in a cup of spinach. Over time, chlorophyll can build up and line the blood vessels in your skin, causing photosensitisation. This could result in rashes, blisters and burns. Therefore, chlorophyll is not likely to be a recommended supplement for anyone taking photosensitive medication such as tretinoin - a common acne treatment.

Some people taking chlorophyll supplements also find themselves with green excrement, yellow or black tongues, stomach pains, loose stools, and the product’s safety has not yet been screened for pregnant women.

Ultimately, you’ll get enough chlorophyll in your body with a healthy diet. But, if you do want to try out a supplement, talk to your doctor first to see if it’s safe for you and follow any dosage instructions closely. Or, if you're looking for a chlorophyll based acne treatment, you'd be better off using a topical cream or gel. 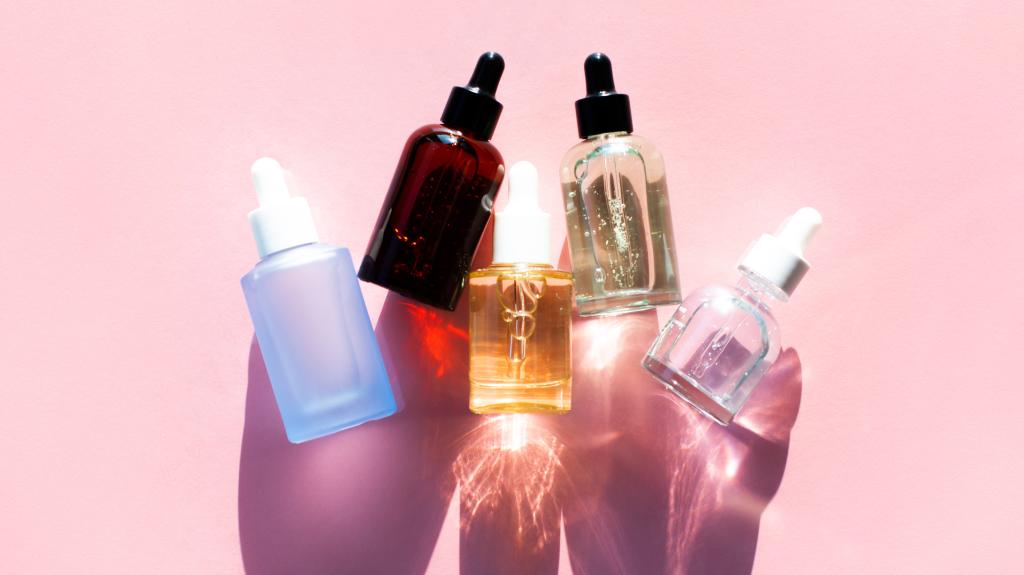 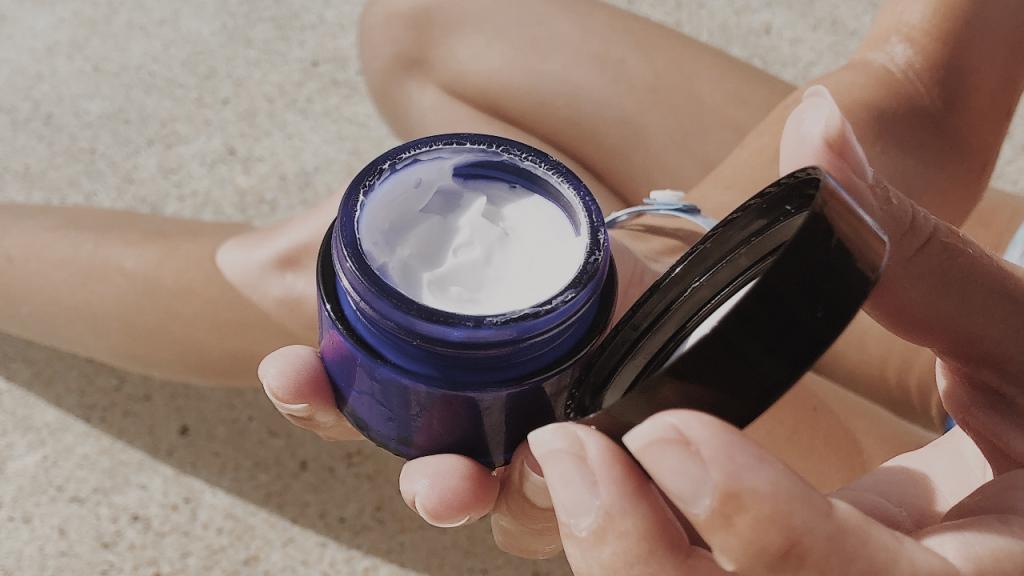 Aldi is bringing out a K-Beauty-inspired skincare range 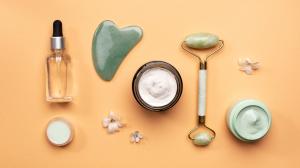 Have You Been Storing Your Beauty Products Wrong? These 5 Items Actually Belong... 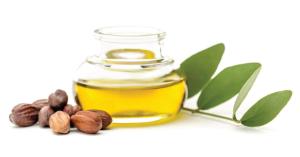 The Benefits Of Using Jojoba Oil For Acne And Oil Skin 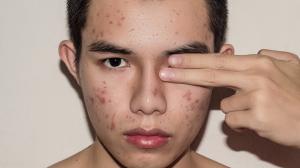 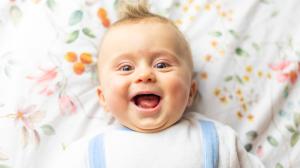 What Causes Acne In Babies? 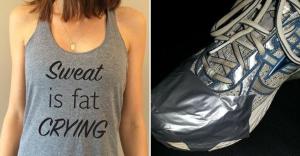 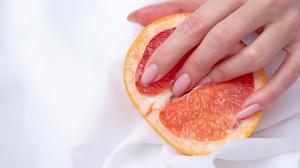 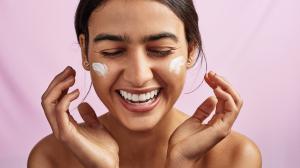 How To Reduce Acne Redness 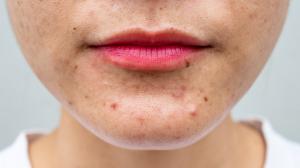 Cystic Acne: What It Is And How To Treat It 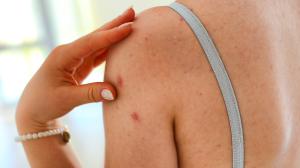 How To Conquer Body Acne 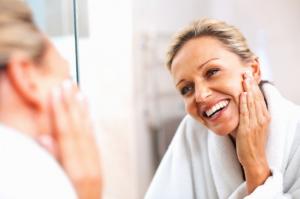