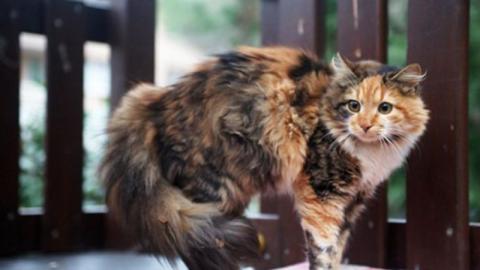 Cats communicate differently to humans. They cannot speak of course but instead communicate with their surroundings, their own kind, other animals and people through their own body language. To do this, they use their tail, fur and their ears and you have no one but yourself to blame if you don’t respond correctly to this body language.

Below, we’ll take a closer look at cats’ body language with the help of a few examples so that you can understand it and respond better to what they might need.

If your cat raises its tail and stiffens it like a stick, that means that it is being friendly towards its counterpart, be it a human or another animal. They are now ready to play or be cuddled.

If your cat walks around with its tail raised and the tip of its tail curved round like a question mark, it means that they are in a good mood and are happy to see you. That means this is the perfect time for a snuggle.

Tail lowered or between their hind legs

A cat that has its tail down and maybe even between their hind legs is trying to let you know that they are scared for some reason or don’t feel well. You shouldn’t just brush off this defensive behaviour. Leave them alone and watch out.

If your cat’s tail hair is standing on end, they are afraid and want to appear threatening. You could try to calm them down, but if that doesn’t work, you should probably just leave them alone.

Flat and laid back ears

If your cat’s ears are laid flat against their head, it means that someone or something is bothering them. This could be another animal, a person, a sound or even a smell. You should be wary of them when they are like this because it doesn’t take much for them to attack when they are scared or feel uncomfortable.

Ears laid flat and to the side

If your cat’s ears are flat and to the side, they are stressed, scared or panicked. When this happens, their tail hair might even stand on end at the same time. You should try to calm them down or remove the cause for their discomfort if you can.

‘You can really see the discomfort in their eyes. – Max Baskakov / Unsplash’

If your cat pricks up their ears, they are curious and interested in someone or something. Small, playful kittens in particular often do this. 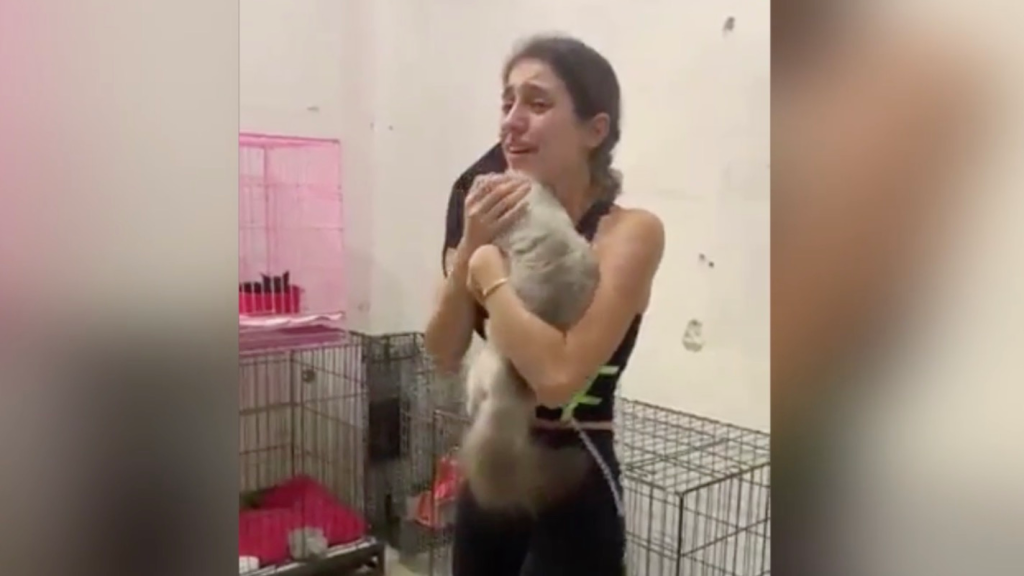 NGO group, Animals Lebanon, has been reuniting lost pets with their owners