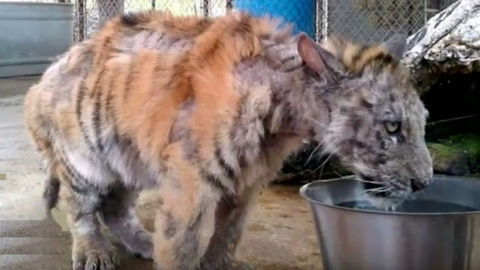 In the United States, a rescue centre in Texas gave a baby tiger in a pretty bad way a home, after it had been mistreated in a circus.

When Vicky Keahey met Aasha for the first time in 2011, the president and founder of the American association In-Sync Exotics Wildlife Rescue and Educational Center in Texas was suddenly overwhelmed by the awful state that this baby tiger was in.

The young female was only 9 months old at the time and weighed no more than 13 kilos, which is the average weight of a 3-month-old cub. A very worried inspector from the Ministry of Agriculture had contacted the association about the small tiger's state of health.

An animal neglected by humans

The small female was being held by a travelling circus where she was sharing a cage with an adult tiger who regularly bullied her in order to assert her dominance. Upon seeing Aasha’s state, it was immediately obvious that the tigress was in a bad way, yet none of the circus workers had bothered to worry about the animal’s health. According to Keahey:

Aasha’s bald spots covered almost her entire body and her skin was dry [with] cracked, darkened areas and bleeding.

The president at the association decided right then to take the tigress into her care, and quickly took her to see a vet. She then discovered that the animal had ringworm, a condition caused by microscopic fungus. Aasha was therefore kept isolated in a special enclosure at the In-Sync Exotics centre. The centre's director explained:

Every day, twice a day, I would go in and give Aasha medications and spend time with her.

Despite her reluctance, the feline also had to take daily baths so that she could be treated with a special shampoo. After a few months, the treatment she had had to endure had been successful.

Under Vicky Keahey’s care, Aasha began to grow in size and get stronger. She stated:

After eight weeks of treatment, you could see little bits of fuzz growing back to [what once was] bald spots. Within eight months she looked like a real tiger, and it was time to see how she would react to other tigers.

Aasha was then placed in an enclosure next to one belonging to a tiger named ‘Smuggler’. Although this tiger was three times stronger than she was, the two felines quickly became accomplices.

Four years later, the two tigers are still getting along great and they now live in the same enclosure. Smuggler’s kind and gentle nature made her the perfect companion for Aasha, who is now living out her best days away from the circus. 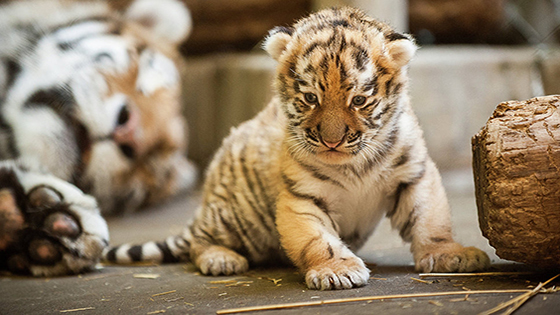 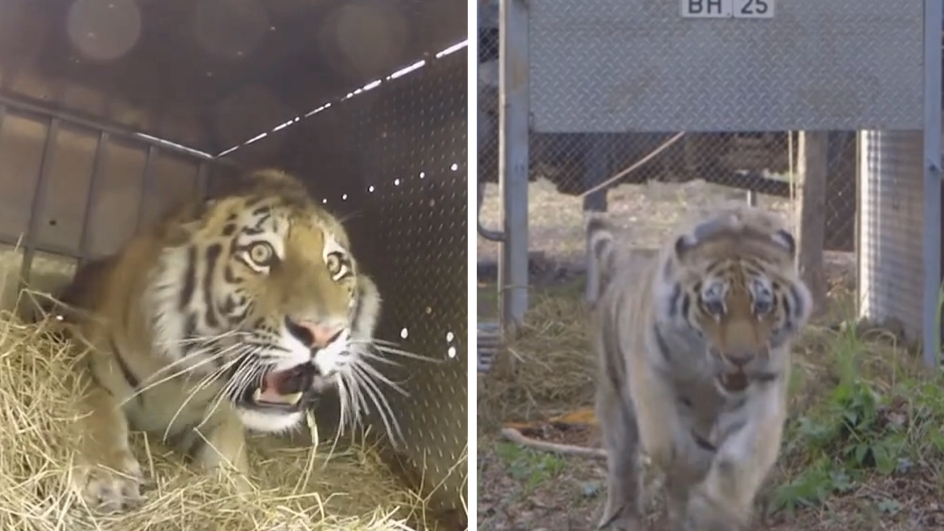 These Tigers Were Finally Released From Captivity... Their Reactions Were Amazing