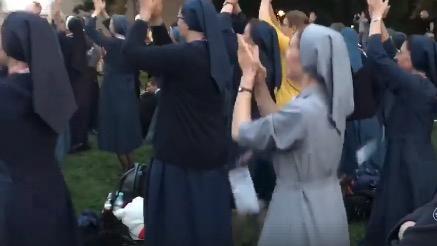 This Video Of Nuns Dancing At A Heavy Metal Concert Has Gone Viral, But All Is Not As It Seems...

A video of nuns dancing to the beat during a black metal concert has been sweeping the internet for the past two weeks.

This footage of hundreds of nuns dancing to the beat at a metal concert has been flying around social media for the past two weeks. According to the caption on the video, which has been viewed more than 6 million times on Facebook, this scene took place in the Netherlands.

Even though it’s quite amusing to watch, it is actually said to be ‘fake news’. The sisters’ dancing was authentic, but the tune really wasn’t!

The newspaper ’20 Minutes’ contacted the person who recorded this footage, photographer Aleksander Bochenek, who provided further details about what happened. The video was filmed on the 15th September, during a congregation organized in Poland and brought sisters together from many different establishments.

Between meals, mass and conferences, around 800 nuns were able to attend a concert that was being held next to Saint Francis of Assisi in Krakow. And the concert wasn’t for a metal group, but a Polish religious group called NiemaGOtu, meaning the sisters were actually dancing to one of the pop-gospel group’s religious songs.

So this concert was anything but a black electro-metal concert that the video makes us believe it is. 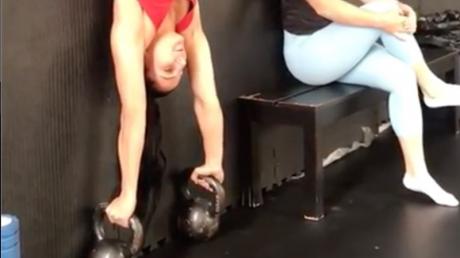 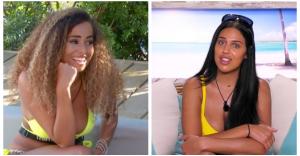 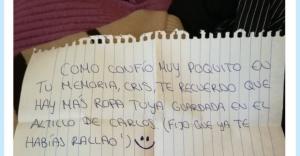 Her Tweet Has Gone Viral After She Posted A Note That She Wrote Herself A Year... 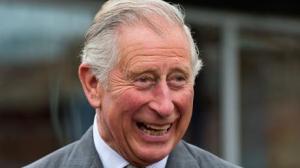 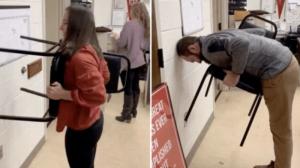 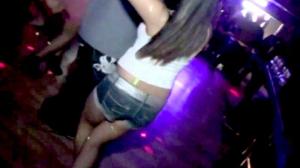 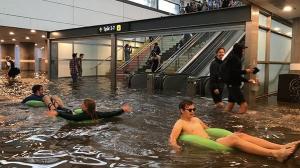 That Time When Heavy Rainfall Turned A Swedish Train Station Into A Swimming... 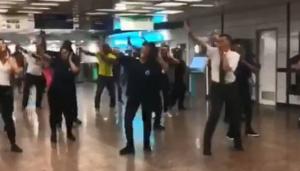 Fans In Paris Treated To Dance By Public Transport Staff Before Queen B And... 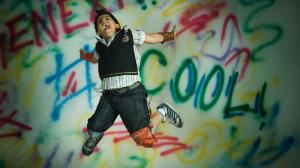