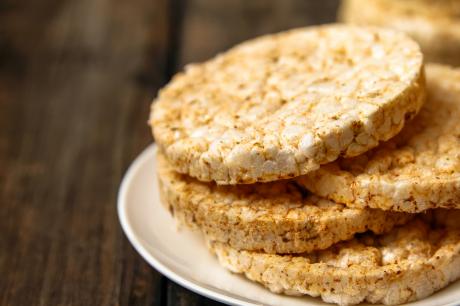 Are you considering going on a diet? Well watch out for certain foods that might not be as healthy as they seem.

When you’re on a diet, you often have to find alternatives to some calorific foods, such as with drinks, yoghurts and other snacks. As a result, we tend to fall back on lighter products that we think are healthier than normal foods, but some of them are deceptive!

0% fat, but not zero calories. We often think that they are harmless but in reality, yoghurts still contain lots of calories since they have lots of sugar. Instead, replace them with a natural yoghurt that doesn’t contain sugar.

People often eat rice cakes because they think they’re a healthy snack, but that’s not true because the glycaemic index of these cakes is often quite high. In addition, they’re full of air, so they’re not as filling as you might think they are. As a result, they don’t quell your hunger and so you end up eating more of them. Why not go for some wholegrain bread instead?

People think that frozen vegetables don’t make you gain weight, but you need to know the difference between frozen veg and stir-fried veg. Stir-frying goes hand in hand with fat because it is needed to cook the veg. Instead, eat fresh or steamed vegetables.

Diet drinks do contain fewer calories than traditional fizzy drinks, but they nevertheless still contain sugar. You should drink water infused with fruit instead or have a real soda every now and then rather than gorging yourself with diet sodas.

Vegetable crisps contain almost the same amount of calories as potato crisps. They are still cooked in hot oil which makes the vegetables lose all the nutrients they contain. To replace them, try making your own crisps in the oven without any fat!

Our advice: consume as few processed foods as possible. Instead of buying these products, enjoy some fresh juice, natural yoghurt or a nice slice of wholemeal bread instead.

3 Reasons To Get Between The Sheets Backed By Science!

#study#diet#nutrition
Contact
To ensure that we can best respond to your question, please choose your desired department
No connection
Check your settings