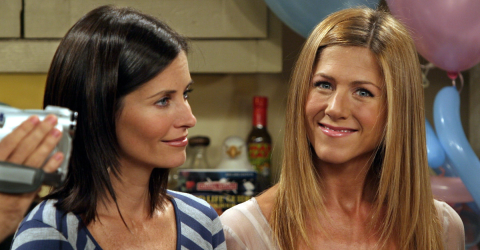 A new book Generation Friends unveils that the hit sitcom almost had to kick Jennifer Aniston out of the show.

Along with the Jennifer-Aniston-almost-getting-written-out secret, the book Generation Friends—to be published in September—reveals other secrets, too. Apparently, the network wanted the writers of Friends to add a seventh friend to the show!

"The writers made a good-faith attempt, even casting the role, but hated the resulting script so much that they pleaded with NBC to drop the idea."

Thankfully, the network allowed the writers to drop the idea!

Friends without the charming waitress turned fashion guru would be super weird. So why did the writers have to consider writing her out of the show? Take a look at our video above to find out.