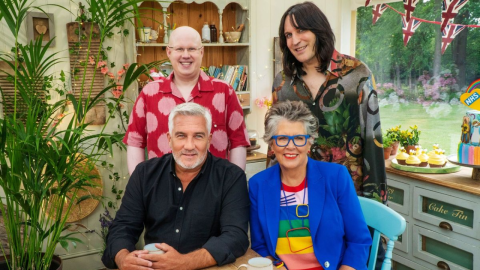 Great British Bake Off’s latest season has broken another Channel 4 record after having the highest viewing figures of the channel since 2002.

The finale of this season’s Great British Bake Off resulted inthe show’s youngest-ever winner, 20-year-old Peter Sawkins. But, that’s not the only record the show broke.

This season of GBBOalso achieved 9.2 million viewers for their finale episode alone. Channel 4 confirmed the overnight ratings which were the highest viewing figures for the channel since the modern records began in 2002.

Now, after analysing 7-day consolidated ratings, the channel has confirmed that the season 11 finale averaged 11.5 million viewers making it the second-largest programme in Channel 4 history.

And if you think that the finale making history is cool enough, this season Great British Bake Off averaged a consolidated audience of about 10.6 million, making it the most-watched season of GBBO since it moved to Channel 4 from BBC back in 2017.

The baking show’s high viewing figures also make it the third biggest TV series of any platform this year.

We can understand why this season was so popular as the hilarious show no doubt inspired many of us to once again take to our own kitchens during the lockdown.

This season was also the first for new co-host and comedian Matt Lucas who stepped up to replace Sandi Toksvig. Lucas was the perfect addition to the GBBO team as his comedic chemistry with Noel Fielding was unmatched...as was his Boris Johnson impression.

Not the end for GBBO

If you’ve still been left missing some Great British Bake Offin your life you’ll be happy to know that the show will be carrying out two specials this year with one for Christmas and the other on New Years.

These two holiday specials will see past Bake Off legends battle it out once again to either redeem themselves or protect their titles. Fans can expect to see delights such as Rosie Brandreth-Poynter and Jamie Finn, who will be going up against 2018 and 2017 contestants Ruby Bhogal and James Hillery for the Christmas episode.

Meanwhile, Helena Garcia, Henry Bird, Nancy Birtwhistle and Rahul Mandal will be making their way back to the tent for the show’s New Years episode.