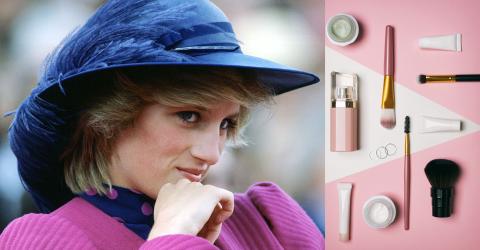 Always looking gorgeous at each of her appearances, Lady Diana refused to wear a make-up product that the stars normally love.

Whether it's her clothing choices, her beauty treatments or her hairstyles, the Princess of Wales is a role model for many people. Her daughters-in-law Kate Middleton and Meghan Markle regularly copy her style by adopting pieces she had already worn.

Since she passed away, stylists and make-up artists who were taking care of her at the time have been in constant demand. Recently, Mary Greenwell, her make-up artist, gave an interview to the British magazine Hello! in which she revealed Diana Spencer's beauty secrets.

Highly regarded overseas and followed by more than 100,000 people on social networks, Mary Greenwell explained that Prince William and Prince Harry's mother never wore the same make-up. She simply loved natural beauty treatments where her eyes were highlighted. Although Lady Di liked to wear black eyeliner and mascara, it was unimaginable for her to wear false eyelashes.

Too flashy and eccentric, they were banished from the princess' vanity.

The royal family is a fan of natural make-up

Following the example of their mother-in-law, William and Harry's wives do not wear false eyelashes either. They prefer natural make-up, both on the eyes and on the complexion. In fact, Meghan Markle refuses to let anyone hide her freckles with foundation.

If there's one thing to take from this, it's that the Royal Family abide by one simple rule: less is more!

Meghan Markle May Reveal Her Second Pregnancy In 2020!