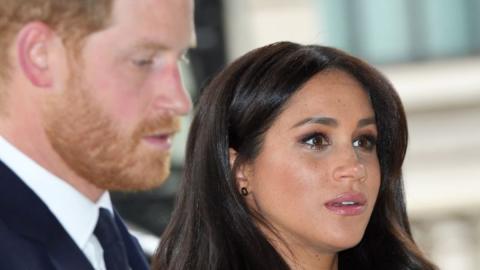 According to some tabloids, Meghan Markle and Prince Harry are going through the first difficult patch in their marriage. We'll fill you in on all the details.

According to the Gala website, the royal couple, newly settled in Los Angeles, has been going through a difficult period.

Prince Harry is said to be having a difficult time dealing with their radical lifestyle change OK! Magazine reported:

For Harry, it must feel like a complete change of everything he’s ever known. It’s a new life, and even professionally a total life change in terms of how many people are involved in their private life and the making of key decisions.

According to Gala, Prince Harry has now become aware of everything he left behind, including his duties and family, and could be finding it difficult to accept all this. For her part, Meghan Markle is surprised by her husband's state of mind:

However, she reportedly still supports her husband as he adjusts to this new life as best she can, as Gala pointed out. The couple who have been married since May 2018, has always seemed very supportive of each other, especially since the birth of their son in May 2019, little Archie Harrisson Mountbatten Windsor

The couple has settled in Los Angeles

Located in Malibu, west of Los Angeles, the villa has a magnificent terrace overlooking the Pacific Ocean, two large swimming pools, a gym, and a chef's kitchen... However, these reports have not yet been confirmed.