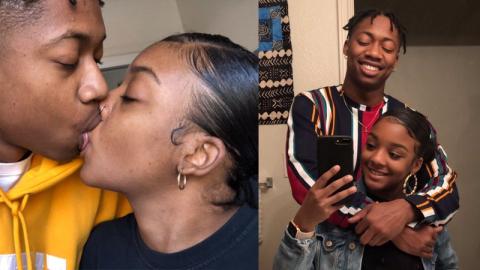 They are cousins, they are in love and they want the world to know they have no problem with incest.

After keeping their relationship secret for years, Instagrammer @Lil.marche and her boyfriend have decided to make their relationship public. Not only has this been a scandal in their family, but their pictures have caused outrage among thousands of people on social media. The problem? They are relatives. They are cousins.

Lil' and her partner’s mothers are sisters. The couple have spent their whole lives together, they have grown up together and now years later, they’ve fallen in love. Lil doesn’t want to hide her relationship anymore and has started posting photos with her cousin on Instagram. PDA, kisses and even pictures posing in underwear on the bed… They’re going public the hard way.

The couple has received a lot of criticism about their love, with commenters suggesting that their children will be The Hills Have Eyes characters. The most conservative have reminded them that ‘God will punish them’.

Lil prefers to ignore the haters. She is happy and in love, she just wants to be left alone and asks to end the prejudices about incest in order to live happily with her partner… her cousin!

Check the video for more details.