Not everyday will you see a remarkable story of a fierce pitbull rescuing a human... usually it's the other way around. Watch our video to see this wonderful story unfold.

Pitbulls are often considered one of the most aggressive breeds of dog and there is no shortage of stories about them attacking humans for no reason. These dogs are powerful and strong and the assumption that all pitbulls are aggressive and make horrible pets is not entirely true.

Pitbulls, like every other type of dog, can be extremely friendly and loyal if they are treated properly and trained well by their owners. It is the responsibility of the owner to train their dogs to behave correctly, even turn some of them into real heroes, like Blitz for example.

Blitz is the loyal companion of a woman in Ottawa County in Michigan, the United States. She explained to media sources that Blitz is not an aggressive dog by nature, but is quite protective. That's probably why he reacted the way he did when he heard a woman's cries of distress when she was being abused in the street by her estranged husband.

The video, which you can find at the top of this article, shows a woman being violently attacked by her ex-husband until Blitz comes to the rescue with his brave little heart. He bolted right up to the man abusing his ex-wife and started furiously barking at him, startling him and causing him to release the poor woman who then managed to get away.

The dog's owner managed to intervene before either of the two could do any harm to the other. Blitz really was the hero of the day!

Check out the video above to see the footage! 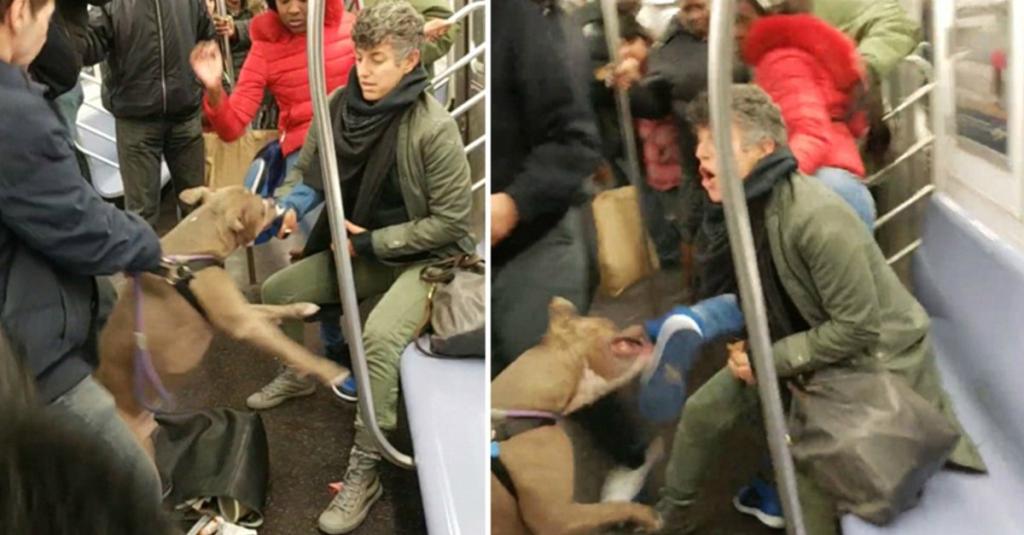