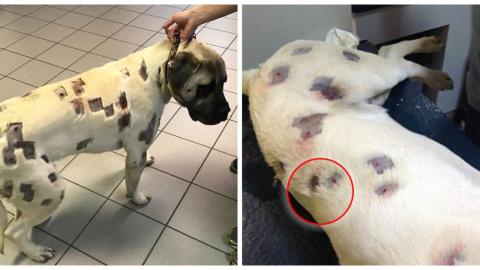 When Hayden saw her dog come home with these strange injuries, her first thought was insect bites but after a second take, she realized it was far more serious.

Like any good dog owners, Hayden Howard loves her pup Jackson more than anything. Needless to say, she was panicked when she saw her dog come home with what seemed to be insect bites, or maybe ticks. Ticks are eight-legged parasites that attach to your pet's skin and drink their blood.

They aren't to be taken lightly—they transmit diseases and can suck enough of their blood out to make them woozy. A tick that isn't removed immediately can eventually kill your pets.

Luckily, Hayden had the right reaction—she immediately called her vet for a check up. And it's a good thing she did!

It wasn't an insect bite

After examining the dog, the vet immediately saw that it wasn't insect bites or ticks. What a relief! But Hayden wasn't ready to hear the diagnosis. It turns out Jackson had been shot over 50 times with lead bullets! Lucky for Jackson, the vet was able to remove all the bullets and Jackson will recover just fine. For now, he is still traumatised, but he is physically fine.

The prime suspect in this story is Hayden's neighbour. He had previously been arrested for drug abuse. If they can prove that he did this to Jackson, he will be arrested for animal abuse.

Watch the video for the full story! 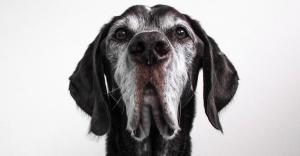 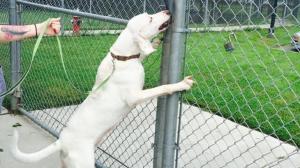 He's Been Adopted 11 Times, But This Dog Keeps Ending Up Back At The Shelter 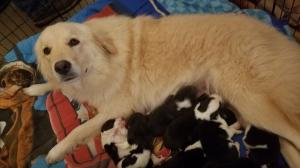 This Poor Dog Lost All Of Her Puppies In A Fire... But Then Something Amazing... 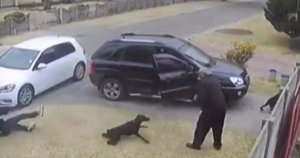 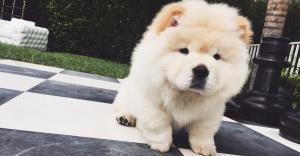 This Poor Dog Was Abandoned By A Very Famous Singer 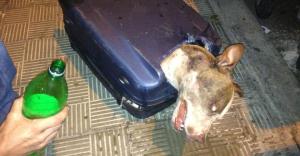 They Thought This Poor Dog Was Dead, But Then Something Amazing Happened...
Read also
No connection
Check your settings