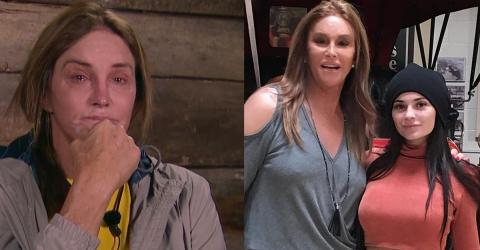 On last night’s episode of, I’m A Celebrity… Get Me Out Of Here! We experience an emotional whirlwind when Caitlyn Jenner broke out into tears.

I’m A Celebrity… Get Me Out Of Here! is a popular reality TV show originating from the UK. However, it did briefly have a US version of the same name. It takes a cast of celebrities and forces them to live in jungle conditions with very few comforts.

Caitlyn appeared in the US version of the show back in 2003 (as Bruce) but it would seem that after 16 years after that experience, Kylie Jenner's father seems more concerned with her age and whether she will be able to handle the entire series.

The 70-year-old member of the Kardashian-Jenner clan seemed to seriously be questioning her choices when she broke into tears last night. The former Keeping Up With The Kardashians star took a moment to think about whether being on reality TV was the best thing for her right now.

In addition to the pressures of the jungle, she’s under some external personal pressure as well. Being a member of the dynasty Kardashian also means you can't just go and appear on TV. Kris Jenner, the mother of their two daughters, Kendall and Kylie Jenner, expressed that she is worried Caitlyn might reveal more as she did in the past when first thing Caitlyn did after transitioning was reveal all their dirty secrets in a book, blaming Kardashians-Jenners Mumager Kris Jenner for everything that had happened to her. Although It seems that the drama is definitely over between the pair... Pression is still on!

Caitlyn recently welcomed a new grandchild into the word, William Behr Jenner, who is the son of Caitlyn’s oldest Burton Jenner and his partner Valerie Pitalo.

After losing the first challenge Caitlyn was made to sleep away from the main camp, making up snake rock. It seemed as though Kim Kardashian's step-father felt at home in the wilderness. After stirring for some time she made her way to the Bush Telegraph to express how she was feeling, stating 'I’m 70 years old now, is being here the right use of my time?' She went on to question herself: 'Should I be home with my kids, playing with the grandchildren?'

Despite this, it seems as though fans are still behind the American reality tv star. We all believe she has the strength and determination to continue on. According to odds released by William Hill bookmakers, Caitlyn sits at 4/1 to win.