This is a lovely story that proves that dogs really are perfect. In India, a dog called Ruby became the adoptive mother to a baby monkey that had probably been abandoned. The two animals have become inseparable to the joy of the village where they live.

In Seoni Malwa, in the Hoshangabad district in India, villagers only talk about this strange little family. A dog that took in a baby monkey to raise as its own. Probably abandoned, the money owes its life to Ruby, since it definitely would not have survived without her. Attacked by a pack of stray dogs, the monkey could have died had Ruby not intervened.

One day, villagers noticed that Ruby seemed to be carrying something on her back. Holding on to the dog, a small monkey was refusing to let go of this canine that had saved him from certain death. Very protective of him, Ruby took the monkey everywhere, treat him like her own pup and even fed him her own milk. Suresh Prabhy, Ruby’s owner, is very proud of his dog. 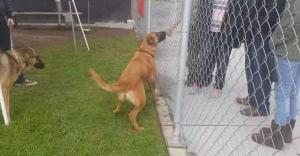 ‘The bitch considers the monkey as her own child and is very protective of him,’ he told LadBible.

The two accomplices are now inseparable and for the last month and a half, have been the centre of attention in the village.

This isn’t the first time that a dog has become famous for its maternal behaviour towards another animal. Last year, a Labrador went viral after adopting some chicks that she looked after very well. 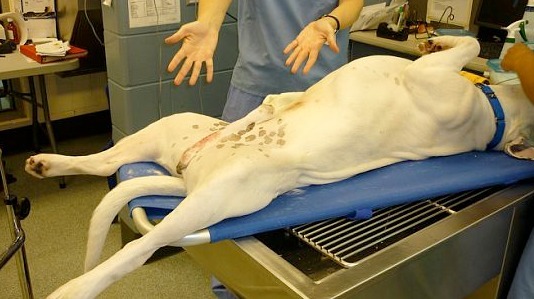 Meet Dennis Moses, The World's Most Dedicated Vet Yet

#monkey#cute
Contact
To ensure that we can best respond to your question, please choose your desired department
No connection
Check your settings