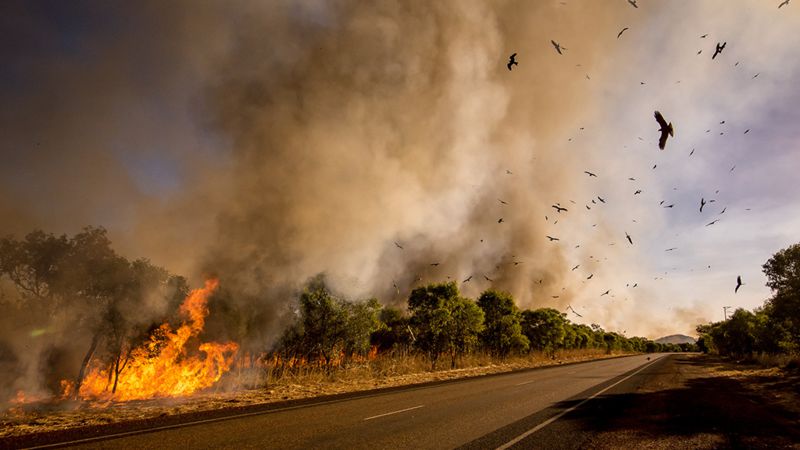 Long-lasting fires in Australia can lead to mass extinction and the fire burning right now, the worst in Australia’s history, has already cost the lives of millions of animals.

Ecologists from the University of Sydney have estimated that around 480 million animals, including birds, mammals and reptiles, have already died in the fires. So far, 18 people have lost their lives, and many are still missing. Victoria and New South Wales are the two states that have been hit particularly hard by these fires.

Lots of animals don’t know where to go when they find themselves surrounded by fire and only a few have been lucky enough to be rescued by firefighters or residents. Some, such as this koala, have been very lucky indeed that someone found them. Unfortunately, other animals, such as this koala, that was taken to a koala hospital, haven’t been so lucky and have succumbed to their injuries.

But many of their own kind are still dying in the flames and firefighters have been finding burnt carcasses everywhere. Lots of other animals species are also being threatened by the flames and only the lucky ones manage to make it to the beach and the cool water where it’s safe or find people who can or are willing to help them.

The fires are spreading quickly

These bush fires are the most devastating in Australia’s history. The photos we have seen of them are terrifying. There are grey clouds of smoke everywhere and the sky glows red. The whole thing looks like a doomsday scene.

The fires are extremely hot and spread very quickly. As a result, the animals have no chance of escaping the inferno. Animals that live in trees are even more vulnerable as they get caught in the branches and are unable to flee.

Impossible to know numbers yet

‘There is such a big area now that is still on fire and still burning that we will probably never find the bodies.’ As well as this, fewer and fewer animals are being brought to sanctuaries, which is an alarming sign for animal rights activists.

According to Environment Minister Sussan Ley, it is too early to determine how many animals have actually died. A precise count can only be taken after the bush fires have ended.

But it isn’t just the animals that are threatened by the flames. Lots of people have been forced to leave their homes, tens of thousands have already been evacuated and are currently staying in emergency shelters or with their friends or relatives.