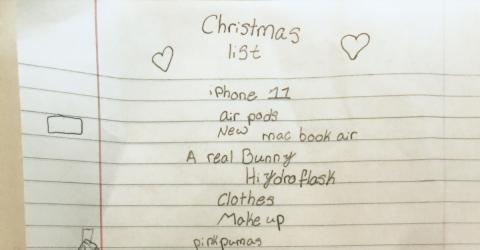 Her father was speechless when he read what his 10-year-old daughter wrote in her letter to Santa Claus. He just had to share it, so he posted the letter on Twitter, and it was such a hit, it went viral.

Children all over the world look forward to Christmas Eve, when Santa Claus slides down their chimneys while they sleep to leave them the gifts they asked for. Every year, kids write him letters that include a wish list and send them off to the North Pole, but unlike this girl's, most letters don't travel around the world before getting there!

This 10-year-old girl's letter went viral, and you won't believe why. This girl isn't like the now-famous Greta Thunberg - she's not asking people to recycle more or offering solutions to fight against climate change. This girl's Christmas list is probably more outrageous than those of celebrities' daughters.

When her father read it, he was so shocked, he decided to take a picture of the letter and post it on his Twitter account. And it was a hit. The letter has more than 128 thousand likes and 25 thousand retweets. And of course, it received a slew of comments.

Along with the image, he tweeted, 'My 10-year-old daughter must be crazy with this Christmas list.' The girl's very expensive wish list includes everything a 10-year-old girl could wish for, like an iPhone 11, AirPods and a MacBook Air.

But that's not the end of the list. She also asked for perfume from Chanel and Gucci slides, as well as new sheets, clothes, makeup, shoes.... and, of course, a doll and a real pet - a rabbit, to be precise. But the funniest part of her letter is the last item on her list: a new alarm clock.

Christmas shopping really is a pain in the neck for parents, who want their children to be happy but don't want to spoil them either. This father is going to have a particularly hard time achieving this, especially if his daughter's been very well-behaved all year. So much for the "you didn't get what you wanted because you were naughty" excuse!

Check out the video above to find out what else was on this girl's hilariously outrageous Christmas list! 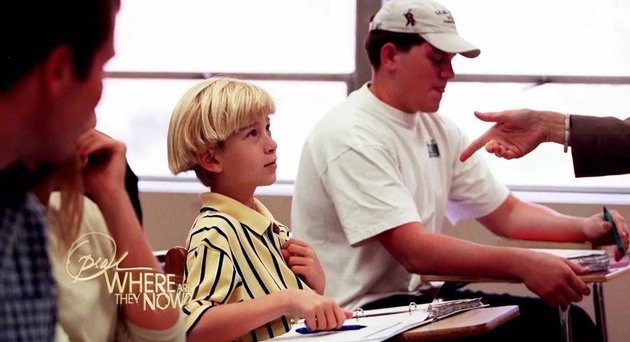