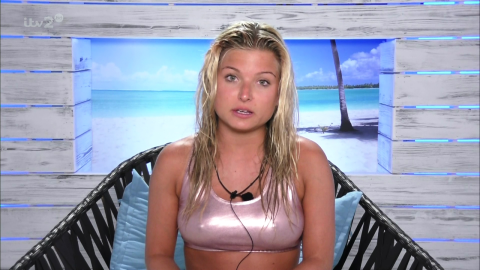 Zara Holland and her partner Elliott Love sparked fury as they flouted Covid rules whilst on holiday in Barbados. After Elliott tested positive for the virus, the couple should have remained in quarantine. Instead, they reportedly cut off their red wristbands, took a taxi to the airport and attempted to fly back to the UK.

Barbados – which has had just 383 Covid cases and seven deaths from the virus since the start of the pandemic – requires all visitors to the island from high and medium-risk countries to be tested on arrival. If they test positive, visitors must remain in quarantine until they have recovered – either at a government location or in self-isolation.

Will Zara Holland go to prison?

Zara will appear in court on Wednesday and could face an £18,000 fine and up to a year in prison due to her actions. Earlier this week, a tourist from Jamaica was given a six-month sentence after leaving quarantine to buy snacks. Chief Magistrate Ian Weekes said:

I got to send a message to you and to all the other people that this cannot be tolerated.

A petition started by fellow British tourist James MacLean calling for Zara and her boyfriend to be punished has reached almost 1500 signatures. The petition stated:

We strongly believe they should receive a custodial sentence, either in Barbados or the UK, for wantonly endangering the lives of hundreds of thousands of people.

Zara has publicly apologised for her and her partner’s actions, telling Barbados Today:

I want to apologise to the entire country of Barbados for what has been a massive mix-up and misunderstanding. I would never do anything to jeopardise an entire nation that I have nothing but love and respect for.