It is the only case recorded in the world. She had to deliver her baby by cesarean section because her body was not prepared for a natural birth.

These events allegedly took place on May 14th, 1939, and were recently reported by the French Le Point magazine. It is a very sad record to be such a young mother. Of course, it was due to a ‘non-consensual’ act.

In Peru, Lina Medina was five years old when her mother took her to the doctor because of her swollen stomach. At first, the doctors thought it might be the symptoms of a tumour.

The little girl's mother could never have considered the possibility ofpregnancy since Lina was only five years old. However, everything changed when her mother mentioned at the consultation that Lina had had her period at the age of three (called precocious puberty, infrequent but possible).

After having undergone the appropriate tests, the doctors confirmed the news: Lina waspregnant. They then closely followed her pregnancy, which developed without major complications. As expected, Lina had to deliver by cesarean section because her pelvis was not developed enough for a vaginal birth.

After having confirmed the pregnancy, Lina's silence about who thefatherwas confirmed officials' worst suspicions.

The rest of Lina's story can be found in the video above. 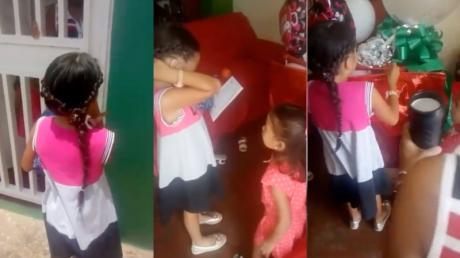 After Two Years Of Not Seeing Her Mother, This Little Girl Received The Best Gift Ever