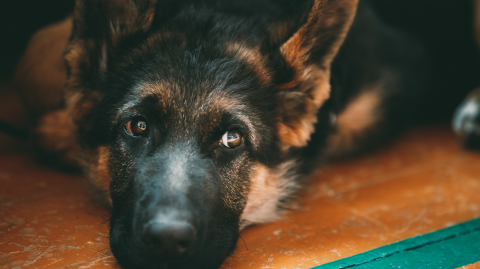 Three months ago, Buddy, a German Shepherd from Staten Island contracted the coronavirusafter his owner had accidentally passed it on. But, after a months-long battle with another illness the beloved pet has sadly passed away

Vets who reviewed Buddy's records on behalf of National Geographic ruled that Buddy probably had a type of cancer called lymphoma but it is still unsure whether he did from complications relating to coronavirus or if it was just bad timing. The magazine stated:

It's unclear whether cancer made him more susceptible to contracting the coronavirus or if the virus made him ill, or if it was just a case of coincidental timing

Buddy's owner, Robert Mahoney, fell victim to the virus back in April and when his dog started to show signs of being ill he suspected that he had passed the virus on to Buddy.

However, it wasn't until May that Mahoney found someone who was willing to test the pooch who resulted in being positive for COVID-19. Mahoney's wife Allison told National Geographic:

You tell people that your dog was positive, and they look at you as if you have ten heads.

Unfortunately, over the three months, Buddy's health was deteriorating fast and by July 11th Allison revealed that his beloved dog had started throwing up clotted blood:

It looked like it was his insides coming out. He had it all over. It was coming from his nose and mouth. We knew there was nothing that could be done for him from there. What are you going to do for a dog with this? But he had the will to live. He didn't want to go.

Recently, Buddy was humanely put to sleep to end his suffering.