Three-year-old Ever Hisko suffers from a condition that means she only needs around 90 minutes of sleep a night. For the parents, however, this is quite an ordeal.

Not getting enough sleep can be dangerous for most people. But getting too much sleep is also not a healthy choice and several studies have even been carried out over the years to determine just how much sleep the body really needs to stay healthy.

But Ever Hisko is different. The daughter of Robin Audette and Kirk Hisko from Regrew in the Canadian province Ontario suffers from a rare condition known as Angelman syndrome which means the three-year-old only needs around 90 minutes of sleep a night.

This syndrome was triggered by a genetic abnormality in chromosome 15 in the brain. The symptoms, among other things, include not needing very much sleep at all - and women are affected by this even worse than men. The Audette-Hisko family hasn’t known that their child suffers from Angelman syndrome for very long but Ever has also shown other symptoms, such as not speaking for example, and as a result of this, she has to use sign language to communicate.

Since she is still so small and consequently can’t be left on her own for very long at night, the parents take turns sleeping. This night watch means the parents only actually sleep for around six hours a night. The 35-year-old mother explained to the Daily Mail:

'If we can get four-six hours out of her then we’ve done good. But there are nights she wakes up after an hour and a half and she’s good to go for another six hours. We’ve kind of learnt to just roll with it. We’re only human and we need to sleep - but she doesn’t. It’s amazing, she can function with no sleep and still be happy.'

But the little girl really is a ray of sunshine. According to her mother, she doesn't understand or see that she is different from other children and does everything that her peers do whilst always being in a good mood.

Her parents were surprised when their daughter’s genetic and neurological disorder was diagnosed because they had never heard of it before. After all, this condition is extremely rare and only 12 to 20,000 people are estimated to be affected in the world. 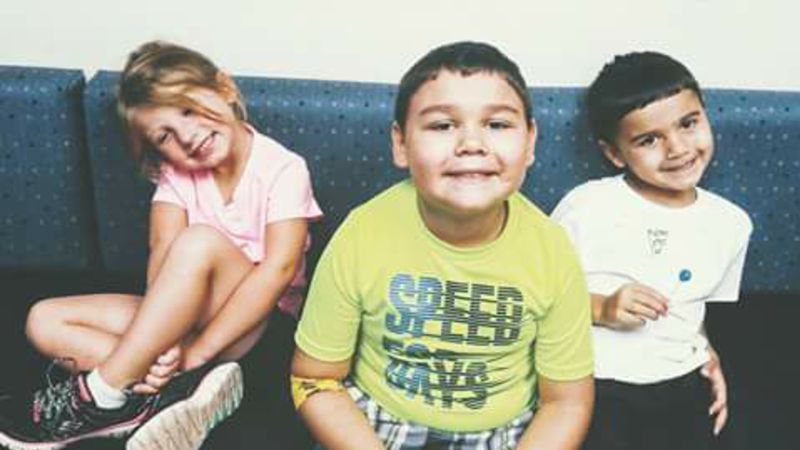