Do you know how to cook rice? No, this is not a joke but a real health issue, as a recent study by a scientific team at Queens University in Belfast, Northern Ireland, revealed.

According to this study, the widespread technique in the West of cooking rice with the right amount of water until it is completely absorbed is not enough to eliminate the presence of arsenic present in the grains. Produced from a plant whose roots grow in rice field water saturated with pesticides, rice binds arsenic in its inorganic form particularly well and unfortunately preserves a large part of it after cooking.

This semi-metal, which we then find on our plates, has the effect of creating chronic intoxication over time, which can cause many health problems such as cardiovascular disease, diabetes and even the appearance of certain cancers. 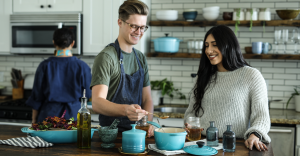 Read also
15 Awesome Food Hacks That Everyone Should Know About Here Are 5 Tips For Making A Delicious Tiramisu Here Are 5 Tips To Make A Delicious French Gratin Dauphinois