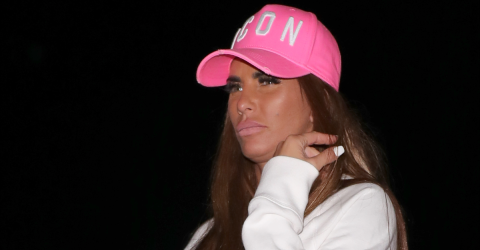 Katie Price, former I’m A Celebrity...Get Me Out Of Here! reality star and model had to declare bankruptcy after not being able to pay back the money she owes.

Former model, Katie Price shot to fame when she appeared on The Sun’s Page Three in the 1990s. On top of modelling, she has also penned autobiographies, novels, and children’s books.

But now the TV personality has had to declare bankruptcy! Yikes. Last year, Price escaped bankruptcy because she agreed to pay back her debts, which she obviously didn’t do.

However, the 41-year-old mother of five couldn’t escape her fate any longer. At a recent hearing in London, Judge Jonathan Middleton unveiled the bad news.

He said: “I do judge Ms Price to be bankrupt.” Unfortunately, Price’s pitch for a Voluntary Agreement (IVA) was agreed upon in November 2018, but she failed to comply. What’s an IVA?

To put it simply: it lets you pay back your debt in an affordable manner. It’s meant to help you avoid bankruptcy! Learn more about Katie Price’s dilemma—and find out what she was worth at one point—in our video above.