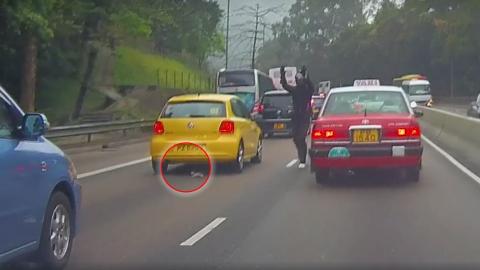 A vulnerable kitten was left stranded in the middle of a busy motorway and seemed to be seconds away from death. Check out the video to see the incredible thing that happened!

While following traffic along a busy motorway, one driver was able to spot something strange in the middle of the road but had to think fast to figure out what to do.

The driver was passing through on his motorbike when he came across the same creature in the middle of the road. He had to think of a way to stop the traffic in order to help the animal to safety.

The biker skillfully approached the terrified kitten which was seconds away from getting crushed by a car. He managed to rescue it and took it home. But the story did not end there. Click the video to find out what happened next!