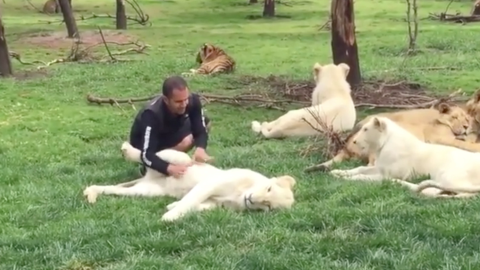 In this video captured by the Black Jaguar White Tiger Foundation, a shocking scene unfolds within the walls of its sanctuary.

A man was simply having fun with somelionsand was even drumming on their tummies. Whilst the zookeeper is looking after thelioness, aleopardapproaches behind him and starts to run in his direction. However, atigersees exactly what the leopard is trying to do and stops it in its tracks!

Was the tiger trying to protect the zookeeper from a leopard attack? Probably, except that it wasn’t just any tiger, or zookeeper, or even leopard! This occurrence was filmed in the Black Jaguar White Tiger Foundation’s sanctuary. In recent years, this Mexican-based organisation has been helping and collecting big cats that have been abused in circuses, zoos or illegally owned by private individuals.

Eduardio Serio, the man we see in the video, is the founder of this organisation. So far, he has saved more than 200 felines and they are all doing much better today. He has formed some close relationships with most of his tenants, including Atlan the Tigress and Dharma the Leopard. The latter was collected from a breeder who fed it with sweetened condensed milk, a diet that caused it to suffer severe malnutrition and stunted growth.

A leopard that likes to play

After being rescued and transferred to the sanctuary, Dharma is now a lot better and has a habit of climbing and jumping on anything or anyone in its path. Although the big catcharging towards Eduardio may seem like an attack, that is not the case.

Even if the assault surprised the founder, we can see straight after that he is just as comfortable with the leopard as he is with the lion. However, we still commend the quick reactions of the tigress, who spotted the leopard long before and reacted very quick. What we have to remember is that, even though they seem affectionate, these animals have wild behaviour and that it is important not to imitate what Eduardio Serio is doing.

Previously, the Black Jaguar White Tiger Foundation had already released a video, showing the work of the organisation and the incredible affection between the felines and the founder. In the video, you can see him playing quietly with a massive black jaguar. 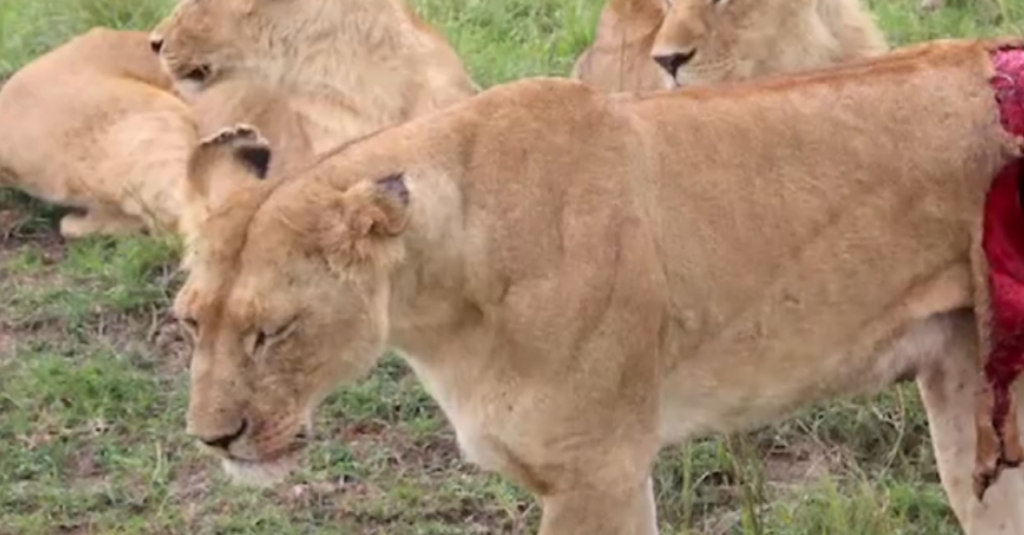 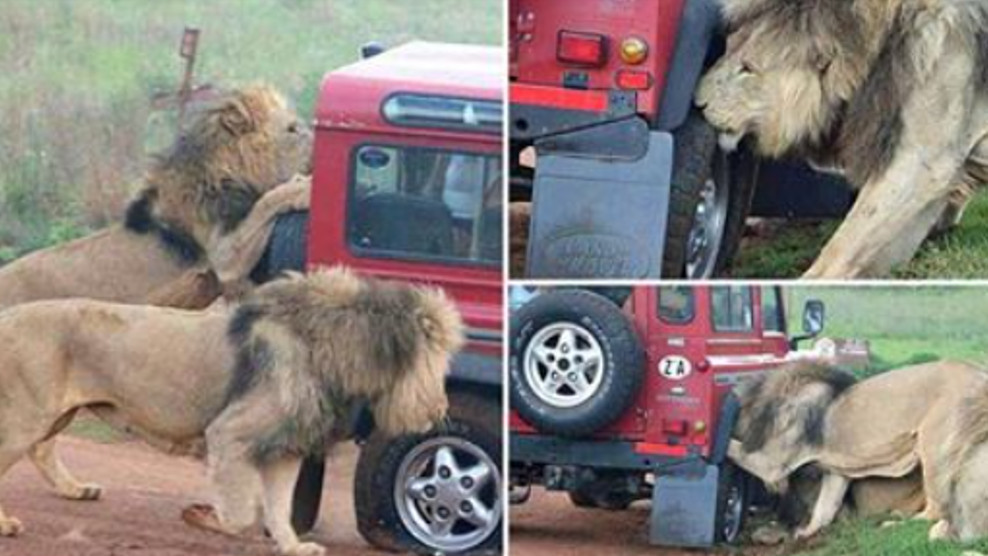