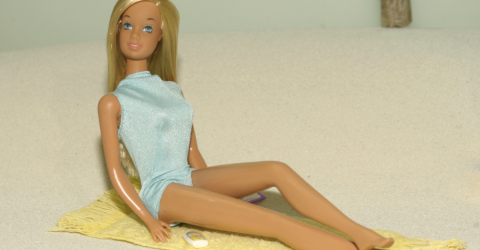 Kristen Snider completely changed the way she looked, and the physical changes are quite impressive. You’re going to want to see this!

This woman from the United States became completely addicted to plastic surgery and as was the case with Pixee Fox, she completely changed the way she looked. Her family and friends even think that her obsession ‘will kill her’.

Kristen Snider has spent more than £150,000 on plastic surgery and says she’s not going to stop until she looks exactly how she wants to. She has already undergone 20 operations!

Over the years, Kristen has had several butt lifts, nose jobs, boob implants, lip fillers, cheek fillers and forehead implants as well as fat removal and even a rib removal.

‘I was frequently made fun of in school and that forced me to learn to not care what other people think of myself and my choices,’ explained Kristen.

Snider never liked what she saw in the mirror and says that ‘being a perfectionist, ambitious and creative is a quick way to become a plastic surgery addict.’

She had her first operation to enhance her breasts when she was 18 years old and now, she has quite a large chest indeed.

‘I view my body as a canvas and surgery as the tool to achieve the image I have of myself in my head,’ she said.

‘Most importantly, be accepting of other people’s choices. Be kind, all that matters is happiness.’

Do you want to see her incredible transformation? Click play!

#health#body
Contact
To ensure that we can best respond to your question, please choose your desired department
No connection
Check your settings