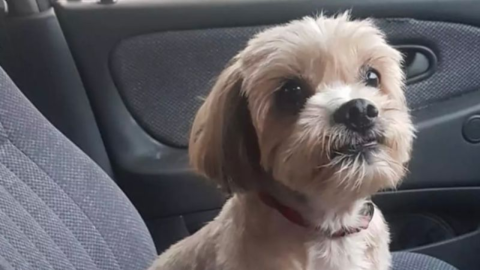 Lionel Vytialingam was getting groceries when he heard the faint beeping of car horns from a nearby road. Figuring something was causing a traffic jam he decided to check things out. Much to his dismay, he witnessed a horrifying scene. An abandoned dog, weaving its way through a busy Milasyian street.

Lionel immediately went to the poor pups aid. Jumping out of his car and risking his own safety, he approached the dog. Recalling the incident he stated:

Thank goodness she chose to walk towards me, away from the middle of the road.

As he got closer to the dog, Lionel noticed anote attached by a rubber band to its neck. Untrusting at first, the dog kept its distance from Lionel for 10 minutes or so before she decided to approach and sniff the stranger standing in front of her.

When she finally did, Lionel took the opportunity to unhook the note and read what it said, hoping it would have some information regarding the owner's address or phone number. He was disappointed to read that the owner willingly abandoned the dogas they were no longer able to care for her.

At that moment Lionel decided to take his newfound friend Siggy home because he knew he couldn't live with himself if he left her on the street.

And I broke down in tears, one hand firmly grasping onto her sticky knots of fur. I experienced all kinds of emotions, but very little foresight. Probably wasn't a good sight for all the passing vehicles. But inside of that moment of mental-blankness, I decided. She was going to get into my car, and off the road. Not because I knew what I was doing, or where to go, but because right then I knew I didn't need to have all the answers before I took a step forward. And so, I brought her home. Fed and bathed her, dried her off and put her to bed.

Unfortunately, Lionel's other dog Sammo doesn't get along with Siggy and he has had to come up with a temporary living solution to keep the two apart. Luckily his brother has agreed to take Siggy once the restrictions on movement due to the coronavirus had been lifted.

Pleading with people who are interested in getting pets to make sure it is the right decision for them Lionel stated:

People should not bring home pets unless they're ready for the commitment that it involves, and if ever they need to part with the pet, abandonment should never be even considered an option...This little girl [Siggy] found me, and thank God for that. I still shudder to think of others out there just like her, purebred or not, with or without a 'note'. 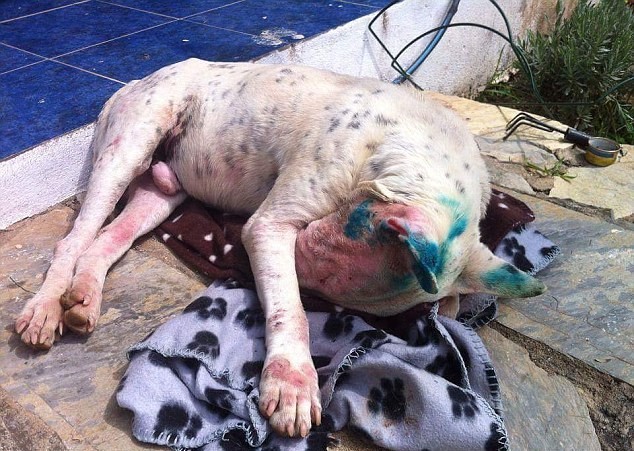