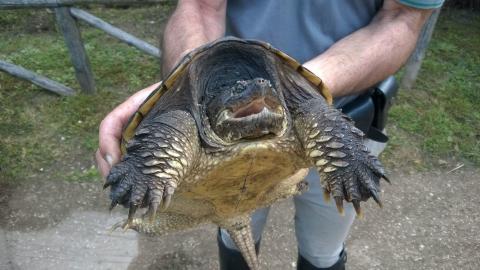 A science teacher at a middle school in the US has been suspended after he put on an after class experiment involving a snapping turtle. The question that is now being asked is whether it was an act of animal cruelty or a great humanitarian gesture. Watch our short video to discover the whole story.

The event took place in Preston, Idaho in the United States after one of the teacher’s classes. Robert Crosland, a teacher known for being one of the best science teachers in the area, staged an experiment for some of his students.

Act of kindness or animal cruelty

As well as his pupils, some others are said to have witnessed the event. Whilst there are several rumours circulating, it is thought that the dog was severely sick, was not eating and was deformed. The puppy’s owners gave it to Crosland to see if he could save it. He couldn’t and so the puppy received an imminent death. Whilst animal activists were horrified and infuriated by what happened, parents of the children are defending the teacher saying that it was the most humane thing to do.

#animal#dog
Contact
To ensure that we can best respond to your question, please choose your desired department
No connection
Check your settings