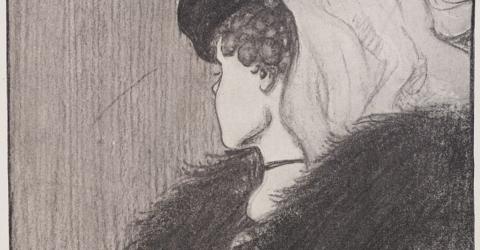 What do you see in this image? A young woman or an old lady? This optical illusion, considered to be one of the oldest, can be interpreted in different ways. According to one study, what you see depends on your age. See for yourself!

With this optical illusion, you can discern two distinct images. First, you may feel like you are seeing a young woman with her head turned and looking away, or an old lady with sharp features and looking to the left. According to a study published by Scientific Reports and conducted by two Australian psychologists, young people tend to see a young woman, and older people are more likely, at first sight, to see an old lady.

A test was conducted on 393 people, mostly men (141 women and 242 men), all between the ages of 18 and 68. By showing them the image for only half a second, the panel's mission was to determine the age and sex of the person present on this optical illusion.

The results confirmed this hypothesis... All individuals considered to be young distinguished a woman from their age group, unlike older people, who were more oriented towards the distinction of an old woman.

The purpose of this study is simple: to determine whether ‘age-related prejudices affect the initial interpretation of an image at a subconscious level.’ Thanks to this rather conclusive test, the creators of this analysis have succeeded in giving a conclusion to this phenomenon: ‘Although facial perception depends on neural processes, it is also conditioned by social processes.’

Read also
85% Of Internet Users Can't Find The Cat Hidden In This Picture, Can You?

So, what about you? Do you see a young woman or old lady at first? There are more details in the video!

There's Something Not Quite Right About This Woman's Face... And It's Driving People Crazy