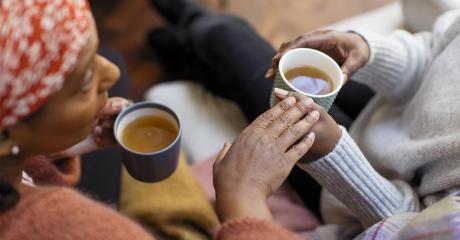 According to a recent study, drinking tea in moderation can have lots of benefits for your health… but that does depend on what temperature you drink it at. If you drink it when it is too hot, the tea could in fact increase your risks of contracting oesophageal cancer by 90%. Check out the video to find out more!

Every ‘tea addict’ knows that every variety has its own specificities and needs the water to be at a certain temperature to make it the best brew. Nevertheless, watch out! Just because you should be infusing tea in water at 80°C doesn’t mean you should also be drinking it at this temperature. A new study has actually revealed that drinking tea when it is too hot could increase the risks of contracting oesophageal cancer.

Conducted with the participation of 50,045 people aged between 40 and 75 years old, the study, that was published in the International Journal of Cancer, looked into the occurrence of 317 new oesophageal cancer cases that appeared over a 10-year period after the study was conducted. While some of the subjects drank their tea at less than 60°C, others drank it at a temperature of 60°C or higher. And for these people, the risks of developing oesophageal cancer were shown to be 90% higher.

‘Many people enjoy drinking tea, coffee, or other hot beverages. However, according to our report, drinking very hot tea can increase the risk of oesophageal cancer, and it is therefore advisable to wait until hot beverages cool down before drinking,’ commented doctor Farhad Islami, the main author of the study. If his conclusions are to be believed, you should let your tea cool down until it is less than 60°C.

How to reduce the risks

Professor Stephen Evans, who was not a part of this study, explains that Iran (where this research was carried out) has a significant number of oesophageal cancer cases, and so the tea actually acts more as an aggravating factor rather than the main cause. Therefore, there is clearly no reason to be alarmed when you look at the bigger picture.

‘But avoiding extremely hot drinks isn’t a bad thing, and could possibly have health benefits,’ as other studies have shown in the past.

The authors further stated that other, even more significant and effective, measures can also be taken so that you can reduce the risks of oesophageal cancer, and that starts with quitting smoking. Maintaining a healthy body weight and reducing your alcohol consumption can also have a much more positive impact than controlling the temperature of your tea.

Check out the video for more information on this study!