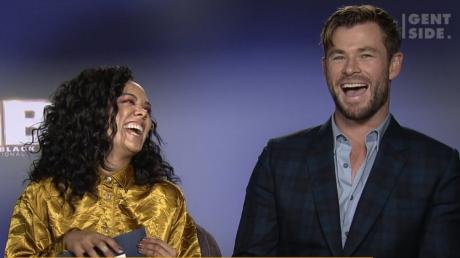 We met with Tessa Thompson and Chris Hemsworth in Paris ahead of the release of Men In Black: International!

After Ragnarok and Avengers: Endgame, Chris Hemsworth and Tessa Thompson have once again found themselves together for the release of Men In Black: International, the fourth part of the Men in Black adventures, which debuted in 1997 and starred Tommy Lee Jones and Will Smith.

And this new episode is undoubtedly one to be remembered! The newest entry in the franchaise saw the two icons give way to a young duo who is already famous throughout the world, but also because the plot of this one is supposed to turn the entire series upside-down!

You can find the entire interview in the video above!