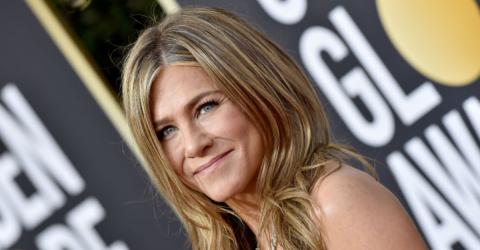 During the 77th Golden Globes ceremony that took place on 5th January, actress Jennifer Aniston looked even more beautiful than ever and one piece of jewellery she was wearing immediately got fans talking…

Is Jennifer Aniston engaged again? This rumour is currently flying around Hollywood because nobody knows for sure. The actress looked beautiful and radiant at the77th Golden Globes award ceremony with a ring on her finger that shone just as brightly as she did.

Jennifer is on cloud nine

As Gala reported, Jennifer Aniston, who appeared alongside Reese Witherspoon on The Morning Show in 2019, is over the moon in her relationship with director Will Speck. As a result, it’s not abnormal that the ring she wore at the Golden Globes caused such speculation among internet users and that rumours immediately started flying.

What everyone wants to know is whether this white gold ring is actually an engagement ring, or whether it is just another beautiful piece of jewellery? Unfortunately, however, we don’t know for sure yet.

Is there something going on with her ex?

After separating from actor Justin Theroux in December 2017, it’s possible that the actress is now making new wedding plans. However, other sources have reported that there could be something going on between her and her ex-husband Brad Pittbecause, despite the fact the two have been divorced for a long time, there are constantly suspicions and doubts flying around about a possible fling between the two of them.

Furthermore, at the Golden Globes, lots of internet users noticed the looks that the actress was giving his ex during his speech, so things are still as exciting as always. In our video above, you can see Jennifer Aniston’s ring for yourself.

What do you think? Could it be an engagement ring?