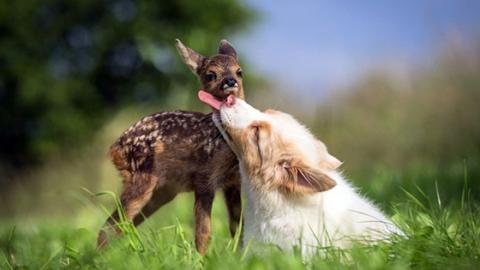 The animal world contains many surprises and beautiful stories and the Internet is always here to share them with us!

This is a beautiful story brought to us by the BBC. Here is the story of Kate, the old Danish female and Pippin, the little fawn.

One day, Kate's owner, Liz Bonnin, heard little cries in her garden and discovered a young fawn, a little lost, who was trying to get close to the old dog Kate. Liz Bonnin decided not to intervene, knowing that humans should never touch fawns. She hoped that the fawn would leave by itself if its mother did not come to pick it up ... but everything did not go as planned.

Indeed, the little fawn did not return to his woods but on the contrary, stayed with the old dog Kate, who perfectly accepted the baby. While Pippin tried to suckle her surrogate mother several times, Kate had no milk to give the little deer, as the dog had never had a litter.

This did not stop the canine from being a great adoptive parent for Pippin. The two were playing together, running together, sleeping together, like a real family. And then one day, the instinct was stronger: Pippin disappeared into the forest.

It was time for the little fawn to become a real doe and return to her natural environment. But without forgetting Kate: every day, Pippin returned to visit Kate, as if to tell her she would never forget!

Check out the video above to see the beautiful friendship... 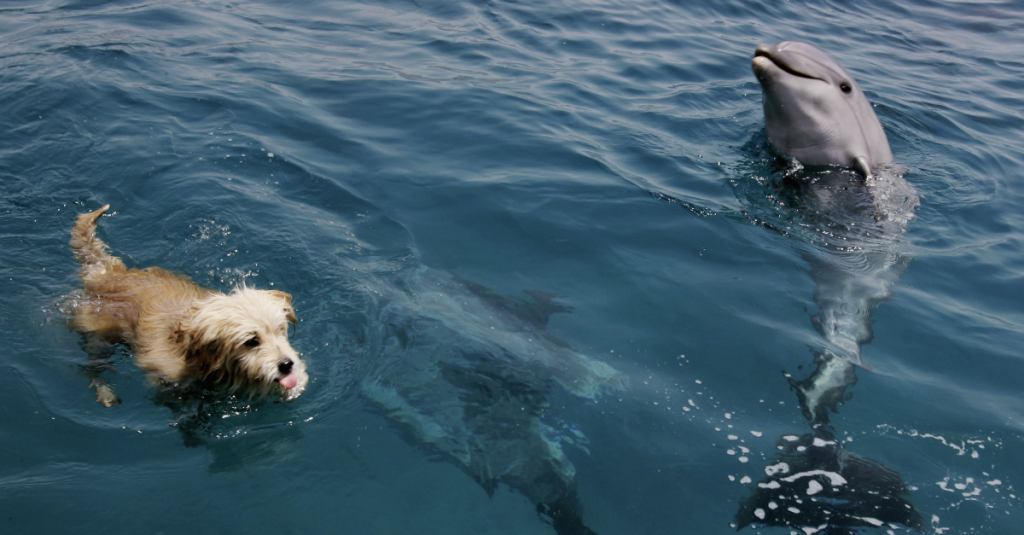 This Dog Went For A Swim And Was Joined By An Unlikely Friend...A Dolphin! (WATCH) 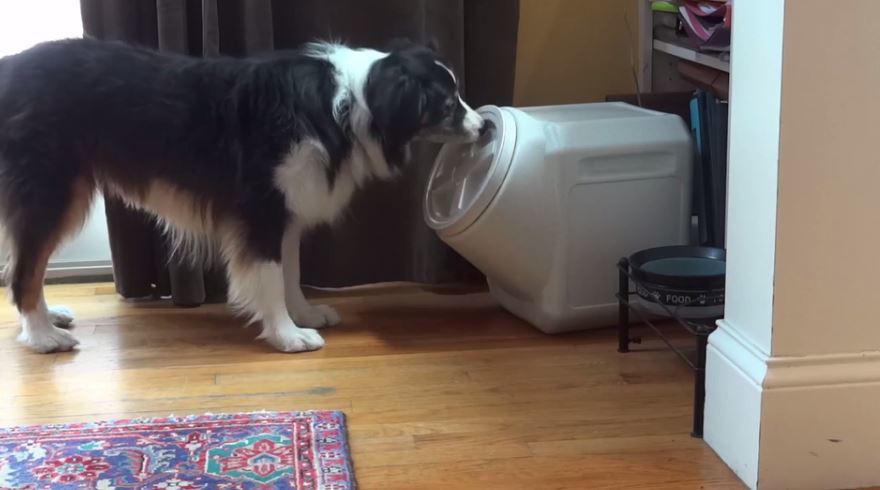