This is Kenny, a white tiger who was rescued by Turpentine Creek Wildlife Reserve when he was 2 years old. But this expert says he should never have existed.

Contrary to popular belief, white tigers are not a species. Instead, they are the result of a recessive gene held by the more common orange tigers. This means that excessive inbreeding is used in order to get white tigers.

Kenny was rescued from filthy conditions at a private breeder in Arkansas. The breeder likely called for him to be taken away because he wasn't 'pretty' enough to sell.

It is likely that Kenny's parents were brother and sister and it is this which led to his health problems and unusual appearance. When tigers are bred in captivity there is said to be only a one in thirty chance that the healthy.

Despite his difficult start to life, Kenny's keepers report that he was really happy and had a 'great personality'. The keeper went on to say, 'He loved enrichment, he had a favourite toy ... he ran around in his habitat, he ate grass,' said Emily McCormack, the animal curator at Turpentine Creek.

Sadly, Kenny died in 2008, at the age of just 10, of a melanoma. It's not clear if his death was directly caused by the inbreeding but McCormack says that white tigers almost always have health issues such as kidney problems, spine issues and cleft palates.

That's why Susan Bass, PR representative for the Florida sanctuary Big Cat Rescue says that white tigers 'shouldn't exist.' A popular theory was that Kenny suffered from 'down syndrome' however this was not the case. 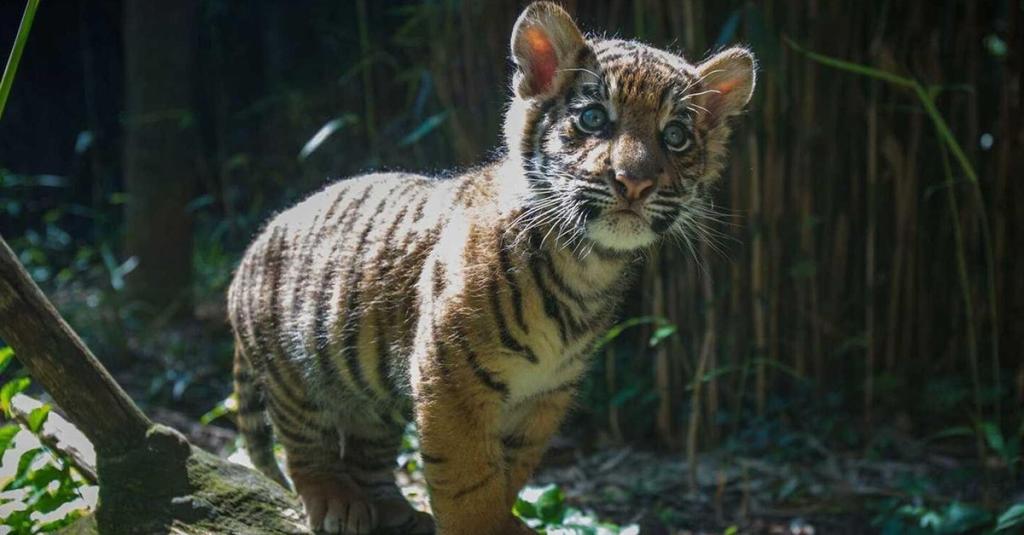 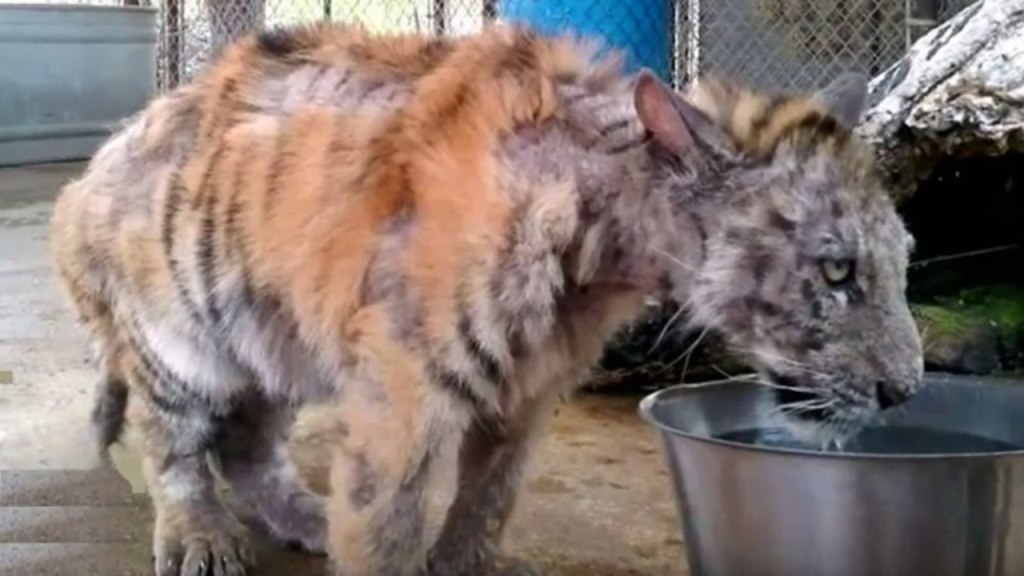