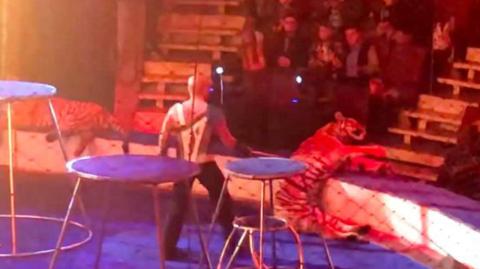 In Russia, a tiger collapsed during a fire show number in a circus. What happened next has got people seriously angry.

An incredibly cruel scene took place in a Russian circus. When the performance was in full swing, a tiger fainted and collapsed. Artur Bagdasarov threw a bucket of water over her and dragged her by the tail.

In a video taken by one of the spectators, the tiger can be seen trying to pass through the circles of fire, directed by the Russian duo Artur Bagdasarov and his sister Karina. But in the middle of the performance, the poor big cat lies down on the ground and collapses in convulsions.

And then an unthinkable scene unfolds: the handler moves towards the tigress and pulls her tail while another team member throws a bucket of water over her head, apparently in an attempt to reanimate her so that she can go on with the show. More awful still, the audience can be heard laughing as they look on, visibly amused by this situation.

When accused of animal cruelty, the duo explained that they were just trying to avoid carnage in the circus. According to them, the other six tigers could have felt the animal’s weakness and attacked her as a result, causing a real blood bath.

Karina says in her defence:

Artur did his best to get Zena to regain consciousness; he did everything that had to be done. He tested her limbs and threw some cold water over her. The important thing was to prevent her from being attacked by the other animals. For them, a weak animal is a target. They see it as an invitation to finish it off. If we hadn’t stopped them, it could have ended up being a real bloodbath.’

As for Artur Bagdasarov, he maintains that he didn’t have any other options.

I had to pull her away from the security barrier; otherwise, she would have collapsed onto the audience. I took her away to a safe place so that she wouldn’t be attacked by the other tigers. Karina was controlling six tigers, she couldn’t have handled Zena.

It’s not just an ordinary cat, it’s a Siberian tiger, I would never have been able to move her on my own. She must weigh around 200 kilos.' He then concluded: ‘It was a crisis situation for everyone. It was very shocking.

He also called for the music to be stopped and insisted that the team bring him some water.

Artur explains that he had the right reaction:

When the music stopped and she was sprinkled with water, she woke up. Everything was done to help her.

In the video, the audience can be heard clapping when the animal finally regains consciousness, while others laugh cruelly.

Karina and her brother, who come from a long line of Russian trainers, have been accused of possessing a taser which was the cause of the animal’s convulsions. Against these claims, the duo respond:

We don’t have a taser and we will challenge anyone who says otherwise.

The cause of these convulsions is still unknown. Apparently, Zena regained some of her strength and had to start her performance again...

Watch the video above to see the horror show. Warning: sensitive souls refrain. 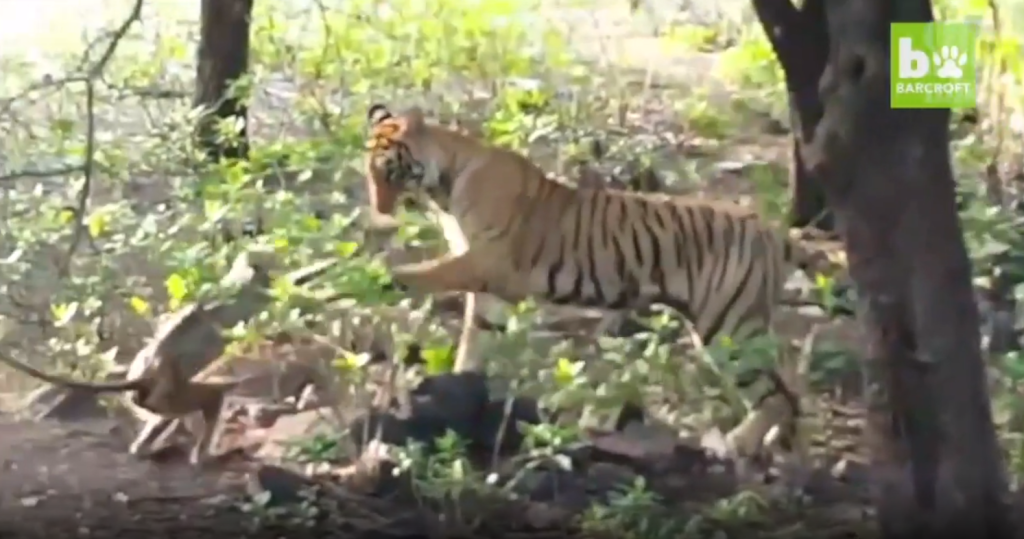 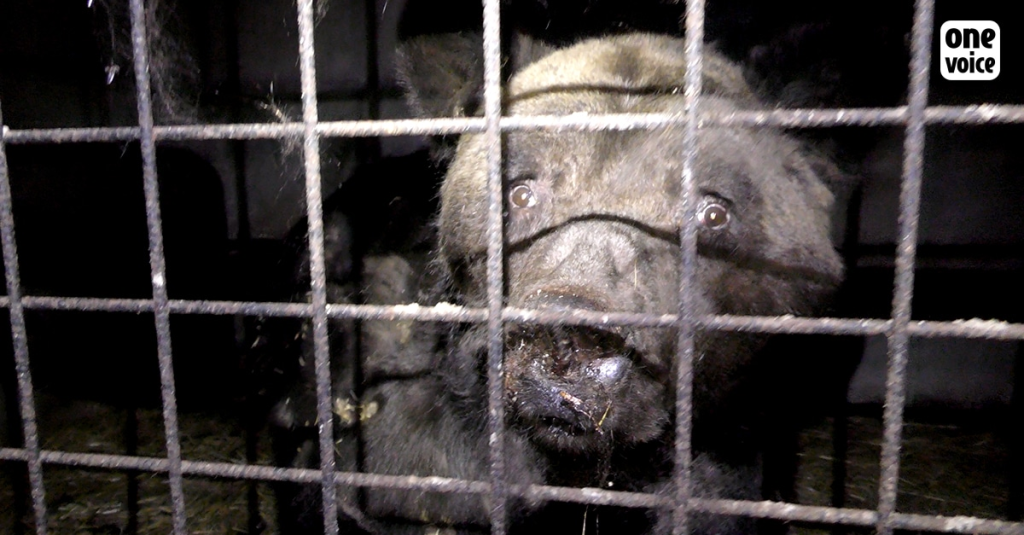