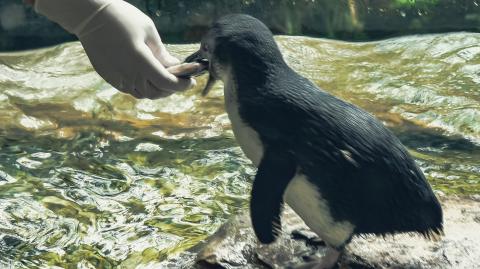 Two male Gentoo penguins in an aquarium in Sydney, Australia, became happy parents of a baby chick known as Sphengic. This adopted chick is being really well looked after by this both unusual and sweet couple.

Two penguin dads! Behind this strange notion is both a happy and unusual occasion. Two male Gentoo penguins at Sea Life Aquarium in Sydney, Australia, are parents to a little chick! The baby weighed 91 grams and is coming along beautifully, just like their dads.

The couple, Sphen and Magic, are both Gentoo penguins who are said to be ‘doting’ on their tiny offspring according to Tish Hannah from the Sea Life Aquarium in Sydney. The parentsseem very bonded to their little penguin child. A statement from the Australian aquarium detailed the two male penguins' relationship:

Collectively known as Sphengic, this Gentoo couple have developed a strong bond and become inseparable this breeding season, and are constantly seen waddling around and going for swims together.

The statement continued to detail the penguin couple's desire to mate:

As the breeding season was fast approaching, the pair began to collect pebbles to form a nest.

Gentoo penguins have a habit of incubating their eggs in small hollows in their nest measuring around forty centimetres, which is arranged carefully with little stones and sometimes decorated with sticks or even feathers.

By observing this home-making, those in charge at the aquarium, therefore, decided to help the couple who couldn’t have a babyto achieve their dream. To do this, they gave them a fertilized egg that was ready to hatch, after they were sure they had the skills necessary to be able to incubate their egg properly.

Handlers at the park wrote about how they performed parenting tests on the couple before they allowed them to have an egg:

To ensure the couple were not excluded from the season, Magic and Sphen were given a dummy egg to allow them to practice incubating and develop their skills. They were absolute naturals and displayed great care for their egg, so much so, the team at Sea Life Sydney fostered a real egg to them from another couple who had two.

And the result was a baby chick, currently being referred to as Sphengic. The dads ended up nurturing the egg until it hatched with as much care as regular parents. And who knows, this happy little family could even grow if the two dads decide they want another baby! Tish Hannah predicted:

Because we have given Sphen and Magic the opportunity to have a potentially successful breeding season, it is very likely that they will return to each other again.

So, if we’re lucky, these two dads will become two-time dads! It seems that these two penguins won’t get bored with their new offspring anytime soon! 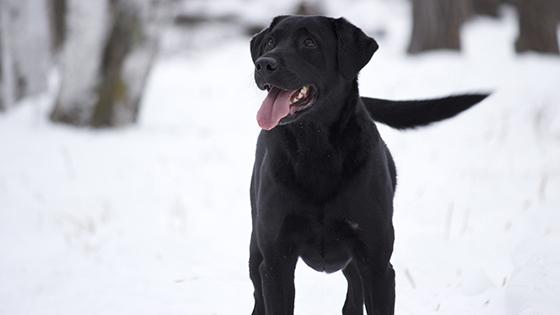 This Adorable Lab Discovers The Pleasures Of Snow