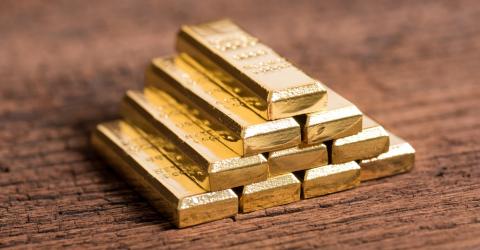 A resident of Morbihan in Brittany, France, ordered a swimsuit for his wife and received gold bars and coins instead that had a total value of €20,000.

Receiving packages from online shopping can sometimes be quite a nice surprise. And this resident in of Morbihan in France definitely won’t be saying any different.

A trip to the police station

A 27-year-old man ordered a swimsuit for his wife and instead, received several gold bars and coins that had a total value of €20,000. When he inspected the package a bit closer, the young man noticed that the courier had made a mistake and it wasn’t his name on the delivery label.

He then went down to the police station where he was congratulated for his honesty.

‘The police congratulated me for bringing in the package and then took photos,’ he explained.

Later that day, he finally managed to reach the rightful owner of this package that contained 700 grams of metal, who was wondering where his precious package was.

To reward him, the young man was given one gold bar on behalf of the Compte national de l’or (The National Gold Counter), as Ouest-France reported.