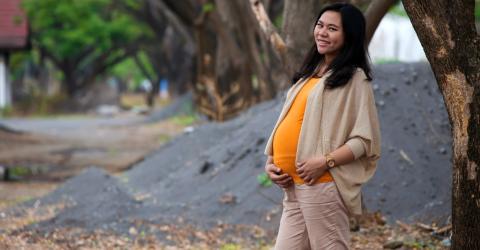 A study has once again confirmed the benefits of nuts. The children of mothers who eat 30 to 50 grams a week are said to have higher IQs.

All good (or almost)

In an article published in the European Journal of Epidemiology, scientists have unveiled the results of a study that focused on 2,208 children. Researchers asked expectant mothers to complete a questionnaire about their eating habits during the first and third trimesters of pregnancy. The scientists then conducted cognitive and motor tests on their child at one-and-a-half, five, and eight years old.

They found that one third of the participants in the study did not eat nuts. In contrast to this, among those who consumed the most (averaging 74 grams per week), children had better results in their attention, memory, and IQ, compared with the children of women who ate less during pregnancy.

The study also controlled the age of expectant mothers, their socio-economic status, and their alcohol and tobacco consumption. In the United States, the American College of Obstetricians and Gynaecologists advocates the consumption of nuts during pregnancy because they contain a variety of proteins, but does not say anything about their effect on the child’s neurodevelopment. High levels of vitamin B9 in nuts has also been noted elsewhere.

The researcher at the Institute for Global Health in Barcelona said:

This is the first time we have seen this effect, and we still do not have enough information to change our recommendations.

We need to replicate these results in other populations, but we recommend that women eat nuts at least three times a week, including almonds and hazelnuts.

So next time you’re at a café, instead of taking a chocolate snack, why not have an almond one? Study Finds That Pregnant Women Should Be Quitting Caffeine