Thanks to the Internet and social networks, we get to see and hear all kinds of crazy stories. Recently, an elderly woman's son shared his mother's love story, and it has people all around the world feeling all the feels!

If you believe that there's such a thing as fate and that our life path is written in the stars, you're going to want to read this. This elderly couple's story recently went viral and made Internet users' hearts melt.

A 90-year-old man was reunited with one of his ex-girlfriends. The woman is now 89 years old, and the pair had been separated for a whole 70 years before they got to see each other again.

Their story was shared by the woman's son, Twitter user @sisyphe007, in August of last year:

Today, I want to tell you a little story. Do you see this couple? He's 90 years old. She's 89. He's my friend, she's my mother. They knew each other since they were 17 years old. He was my father's best friend and introduced him to my mother.

It was love at first sight for both of them. He married my mother's cousin, so they parted ways. 70 years, later, they've both lost their spouses. He decided to reach out to my mother, not knowing that his best friend had passed away.

However, the story isn't as grim as it may seem:

I became his loyal friend 70 years after he became my father's. Right now, my mother is in the hospital. He never stopped visiting her, keeping her company and bringing her gifts. He takes care of her because, now, he can love her freely.

What a beautiful story! Check out the video above to get all the details. 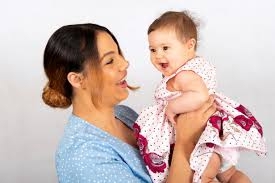