Struggling to have a baby can be very scary, and some couples are hit with the reality that the "traditional" method won't work for them. One of the options for some parents is surrogacy, however part of the challenge is finding a suitable person to carry the baby to term. For one American couple, they decided to keep it in the family.

For the past few years, many celebrities have opened up about surrogacy. For example, after two pregnancies marred by health issues, influencer icon Kim Kardashian revealed on an episode of Keeping Up With The Kardashians that she had gotten help from a surrogate to carry her two youngest children Psalm and Chicago.

Breanna and Aaron Lockwood are a happy couple from Chicago. Married in June 2016, they quickly set their sights on building a family. Unfortunately, the pair struggled to get pregnant naturally. After two heartbreaking miscarriages and many attempts at fertility treatments, the couple was left devastated some even more unfortunate news: Breanna was left with Asherman's syndrome, a condition caused by scarred tissue in the uterus.

Breanna and Aaron were desperate. Thankfully, the couple was open to alternative methods and surrogacy emerged as a good solution. But not everyone is ready to trust a complete stranger to carry their baby. Thankfully, one member of Lockwood's family was very keen to do this for them: Julie, Breanna's mother. Breanna told Tyla:

She came to me multiple times saying, 'let me do this for you.' I kept repeatedly telling her no, as I didn't even think it was a possibility.

After some initial concerns, the daughter accepted. Following a battery of tests, including cholesterol, psychology tests, panels of bloodwork, the hesitant doctors gave their approval. Dr Kaplan told OprahMag:

This is obviously a very unique scenario and was done after very careful personalized medical, psychological and ethical considerations. The family dynamic, unconditional support and sacrifice and the resilience of the human spirit was humbling for me as a physician.

51-year-old Julie is having a healthy and problem-free pregnancy, despite her age. The family is going to welcome a healthy baby girl on November 12th. 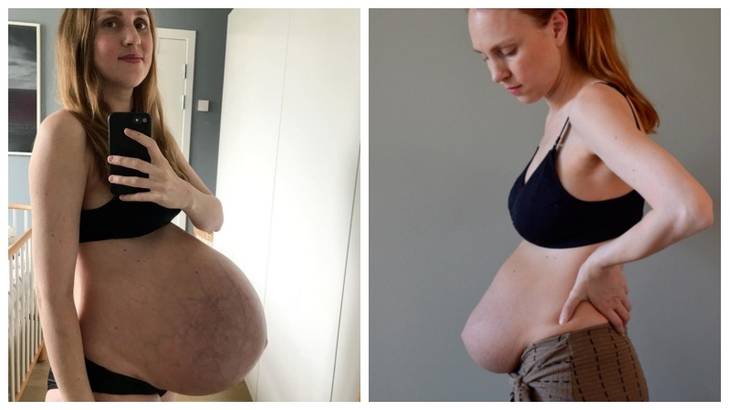 After giving birth to triplets, her post-baby body is incredible