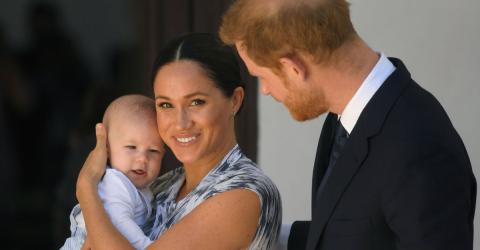 Several British media sources have recently been speculating about the imminent birth within the Royal Family. However, between adoption and least developed countries, there are lots of theories flying around about Meghan Markle’s future pregnancy…

Lots of people have been speculating about Meghan Markle’s future pregnancy and many believe a new baby will make an appearance during 2020.

The British press has been talking about this for months now and on Monday 23rd December, bookies from the famous gambling site Coral set the odds at 3/1 that a second baby would be announced in 2020.

Are Meghan and Harry currently looking for a surrogate mother?

The Duchess of Sussex’s age has been the source of lots of chatter recently, but not as much as her recent disappearance to the United States for the end of year celebrations…

The 38-year-old Duchess, who has been receiving lots of criticism about her age recently, since some people consider it too ‘advanced’ to procreate, will undoubtedly have considered other methods on how to continue having children.

Although it is still ‘technically’ possible, by choosing a more natural path, Harry’s wife could end up experiencing lots of complications during her pregnancy, such as a premature birth for example, or even needing to resort to a C-section.

The Daily Star then revealed something that hadn’t been mentioned before, the possibility of a surrogate mother being added to the equation:

Is adoption a possibility?

On 23rd September, the magazine ‘Woman’s Day’ dedicated an entire article to the Duchess of Sussex and her husband about a potential adoption project in Africa.

While they were away in September 2019 in Angola, Botswana and Malawi, the couple meticulously planned to visit an orphanage in Cape Town which isn’t actually a big surprise when you understand how much Harry loves the African continent.

In the meantime, check out the video above for images of the Duchess of Sussex…